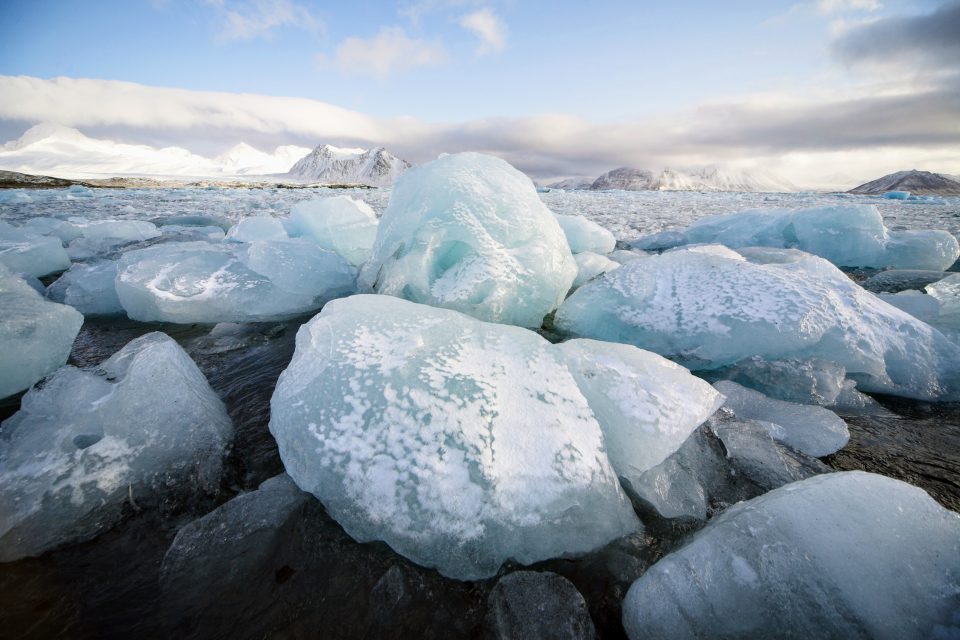 Aerosols play a mysterious yet powerful role in Arctic warming

Over the last 30 years, the Arctic has been warming at a rate that is two to three times faster than the rest of the planet. It is important for scientists to gain a better understanding of what is causing this phenomenon, known as Arctic amplification, to help mitigate and prepare for the global impacts of rising temperatures.

“We need to improve our climate models because what’s happening in the Arctic will eventually spread elsewhere,” said EPFL atmospheric scientist Julia Schmale.

“It’s already affecting the climate in other parts of the northern hemisphere, as we’ve seen with the melting glaciers and rising sea levels in Greenland. And to develop better models, a better understanding of aerosols’ role will be crucial. They have a major impact on the climate and on human health.”

While Arctic warming is primarily driven by rising greenhouse gas emissions, there are other local processes that are also making significant contributions. For example, as the Arctic loses ice, the land surface also loses some of its albedo – the capacity to reflect solar radiation.

Another regional factor that must be considered has to do with the complex interactions that take place between clouds and aerosols. According to Schmale, there is an urgent need to clarify the role of aerosol-related processes in Arctic warming.

“How albedo is affected by ice is fairly well understood – there are established maximum and minimum values, for example,” said Schmale. “But when it comes to groups of aerosols, there are many variables to consider: will they reflect or absorb light, will they form a cloud, are they natural or anthropogenic, will they stay local or travel long distances, and so on. There are a lot of question marks out there, and we need to find the answers.”

During several research expeditions to the North Pole, Schmale saw first-hand that the Arctic climate tends to change fastest in the winter. Since these rapid changes are taking place during periods of 24-hour darkness, they are not related to albedo.

One explanation could be that clouds present in the winter are reflecting the Earth’s heat back down to the ground. The extent of this warming varies according to natural cycles, but is also influenced by the amount of aerosol in the air. This process is very complicated due to the wide range of aerosol types, as well as their varying capacities to reflect and absorb light.

“Few observations have been made on this phenomenon because, in order to conduct research in the Arctic in the wintertime, you have to block off an icebreaker, scientists and research equipment for the entire season,” said Schmale.

Going forward, weather models could be improved by accounting for all the discoveries made so far on Arctic warming.

“A major effort is needed right away, otherwise we’ll always be one step behind in understanding what’s going on. The observations we’ve already made could be used to improve our models. A wealth of information is available, but it hasn’t been sorted through in the right way to establish links between the different processes. For instance, our models currently can’t tell us what kinds of aerosols contribute the most to climate change, whether local or anthropogenic.”