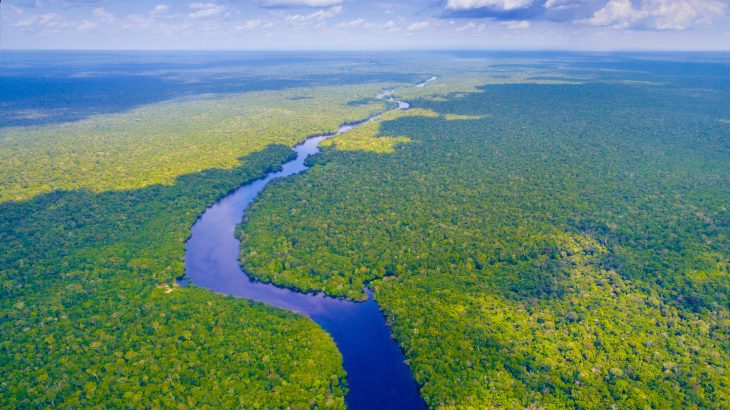 A team of researchers led by Stanford University has found that access to affordable healthcare can make an incredible difference in helping to address deforestation, as well as the growing climate crisis.

In a unique approach to protecting rainforests, nonprofit organizations Alam Sehat Lestari and Health In Harmony established a healthcare clinic in the vicinity of the Gunung Palung National Park in West Kalimantan, Indonesia.

The clinic was made affordable by accepting barter as payment and by giving discounts to villages based on community-wide reductions in logging. This approach may ultimately be used as a framework for preserving the world’s forests while improving health among poor communities.

The Stanford team analyzed the outcomes of the new health clinic and determined that over ten years, deforestation declined by 70 percent across the park.

Study co-author Michele Barry is the senior associate dean of Global Health at Stanford and director of the Center for Innovation in Global Health.

“This innovative model has clear global health implications,” said Barry. “Health and climate can and should be addressed in unison, and done in coordination with and respect for local communities.”

More than 100 trees are lost from tropical forests around the world every second. These forests serve as some of the world’s most important carbon sinks and are critically needed to slow climate change and species extinctions.

When protected areas are established, failure to address the local community’s needs can lead to illegal logging and other land use changes. A lack of access to affordable healthcare can compound the problem by perpetuating cycles of poor health and the associated costs.

Between 1985 and 2001, Gunung Palung National Park had lost 60 percent of its forest to illegal logging. The clinic served thousands of patients while accepting a range of alternative payments, such as tree seedlings, hand-made crafts, and labor. The bartering system was created in collaboration with local communities.

The clinic also provided discounts to villages that could show evidence of reductions in illegal logging. Beyond gaining access to affordable healthcare, the local residents were provided training in sustainable, organic agriculture.

In collaboration with the nonprofits as well as other institutions, the Stanford researchers analyzed more than 10 years of the clinic’s patient health records and satellite observations of forest cover.

The analysis revealed that there were significant declines in the transmission of infectious and non-communicable diseases, such as malaria and tuberculosis. At the same time, there was a 70 percent reduction in deforestation throughout the park – an amount equivalent to more than 6,770 acres of rainforest.

“We didn’t know what to expect when we started evaluating the program’s health and conservation impacts, but were continually amazed that the data suggested such a strong link between improvements in health care access and tropical forest conservation,” said study lead author Isabel Jones.

The researchers found that the greatest reductions in logging occurred adjacent to villages with the highest rates of clinic visits.

“This is a case study of how to design, implement and evaluate a planetary health intervention that addresses human health and the health of rainforests on which our health depends,” said study co-author Susanne Sokolow.

Monica Nirmala was the executive director of the healthcare clinic from 2014 to 2018 and is currently a board member of Health In Harmony.

“The data support two important conclusions: human health is integral to the conservation of nature and vice versa, and we need to listen to the guidance of rainforest communities who know best how to live in balance with their forests,” said Nirmala.

Stanford researchers are working with Alam Sehat Lestari and Health In Harmony as they establish affordable healthcare clinics in other rainforest communities in Brazil, Indonesia, and Madagascar.