Air pollution is wiping out bees and other wild pollinators • Earth.com 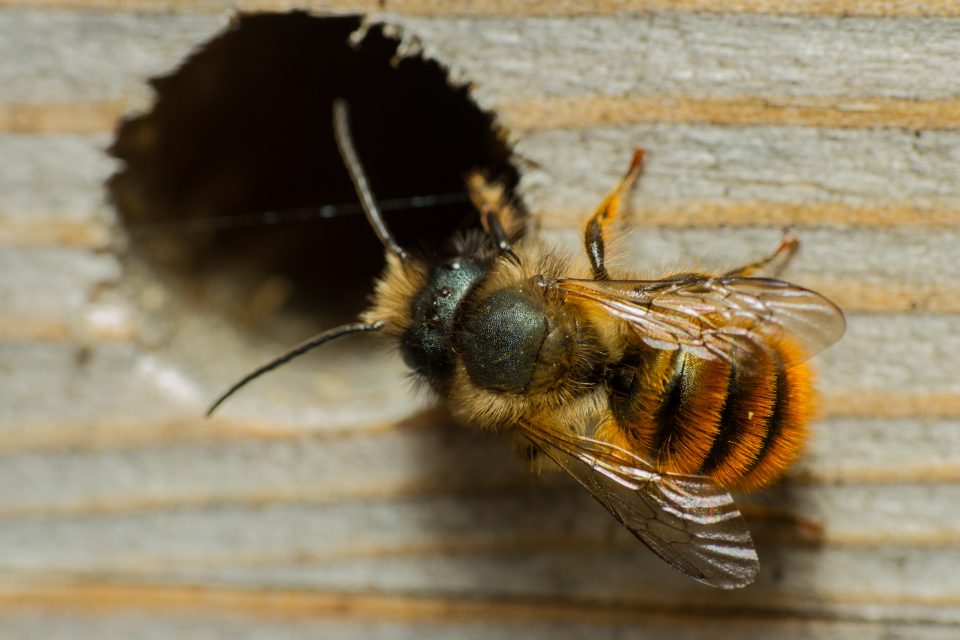 Air pollution is wiping out bees and other wild pollinators

Air pollution appears to be decimating wild pollinators like honey bees, according to new research. The study is one of the first of its kind to address the physiological and molecular impacts of air pollution on our wild plants and animals.

The four-year investigation of over 1,800 wild bees revealed that air pollution has major impacts on many important aspects of health, including immunity, heart rhythm, blood cell count, metabolism, and stress.

A multidisciplinary team of experts led by Shannon Olsson of the National Center for Biological Sciences used a series of lab and field experiments at sites in India to show that bees were less healthy and productive in polluted areas compared to bees surrounded by cleaner air.

The Giant Asian honey bee makes a critical contribution to food security in India, producing over 80 percent of the country’s honey and pollinating hundreds of crops. Furthermore, India is the largest fruit and second largest vegetable producer in the world.

The importance of bees and other wild pollinators throughout India cannot be overstated.

The nature of the study enabled the researchers to eliminate the possibility that the detrimental effects they observed were caused by any environmental factors other than pollution.

“The study was done with wild bees naturally visiting flowers in Bangalore city and not in lab assays on reared honey bees kept in hive boxes that may already be stressed or immuno-compromised. Thus, in my opinion this study provides us with hard evidence that all is not well with our wild bees,” explained Dr. Hema Somanathan.

“Given the scale of landscape alteration and urbanization in India, it is expected that these effects are widespread and likely to worsen with time.”

The most surprising finding of the study was that more than 80 percent of the bees collected from moderate and highly polluted sites died within 24 hours.

“So far, much of the air quality studies in India have either considered sources of pollution or impact on human health, and to an extent on economic productivity. This study covers important new ground, by examining the impact of air pollution on pollinators, which would have serious implications for agricultural output in India. Such findings further underscore the need to raise India’s ambient air quality standards.”

“Better application of research and evidence in development policy-making can save lives, reduce poverty, and improve quality of life,” said Shloka Nath. “In the case of this study, the research speaks for itself: we now have concrete proof that by polluting our air, we are not only endangering our own health, we are also affecting the wild animals and plants who depend on it for sustenance.”

“This has far-reaching implications for the complex ecosystems we are part of, as these changes affect the quality of habitat and food sources we all depend on.”