Botanical albinos: The science behind plants without chlorophyll • Earth.com 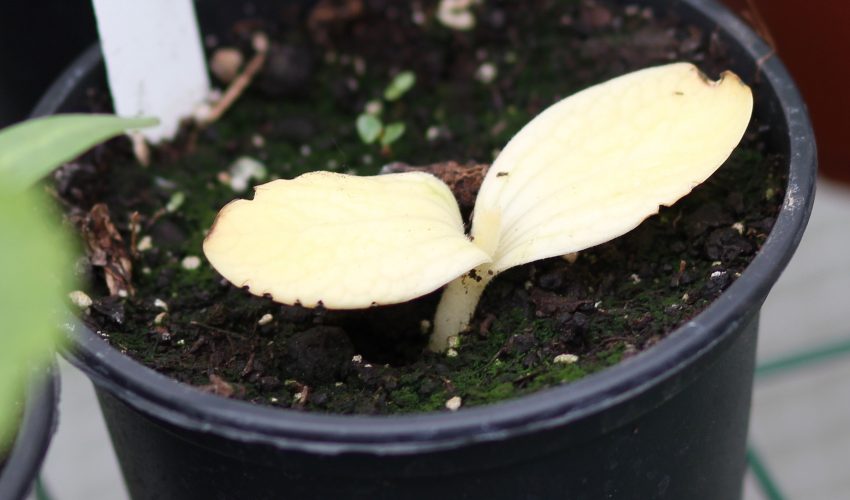 Botanical albinos: The science behind plants without chlorophyll

Imagine an albino. What do you think of? Most people probably envision a white mouse, with pink eyes. Or perhaps a white rabbit. Because albinism occurs in humans as well, some might conjure up images of fashion models like Shaun Ross, a black man with albinism who has challenged beauty standards in the modern era. Perhaps more pressingly, other still might think of the albino people in Africa who are harassed and killed because their body parts are believed to have magical significance.

Here’s the thing though: albinism is not a truly scientific term. It’s a colloquial term for creatures lacking pigment. The word albino is derived from the Portuguese for “little white one.” Albo means “white” and the diminutive suffix -ino means “little.” As such, it applies equally to animals and plants that lack color.

When animals lack color, it is due to an absence of melanin in their skin and hair. When plants lack color, it is due to the absence of chlorophyll. While the absence of melanin may have impacts on the survival of animals because their white coloration makes them more conspicuous to predators and more susceptible to conditions such as skin cancer, albino animals are capable of surviving and are sporadically observed in the wild. (Many white animals seen in the wild are actually leucistic; they lack pigment in many cell types but are usually discernible by normally colored eyes.)

Albino plants, lacking the chlorophyll they need to manufacture food, typically die as seedlings after the energy stored in the seed is used up. Plants with variegated green-and-white foliage or with abnormally white flowers are not considered albino; though their coloration may be atypical for a given species, these plants are nonetheless able to photosynthesize normally.

In rare cases, albino plants are able to survive. In lab settings, they can be grown to relatively large sizes using a growing medium that allows them to absorb the nutrients they would normally produce in their leaves through their roots, which has been known since this early 20th century.

Albinism is relatively common in plants grown through in the lab through androgenic microspore embryogenesis, a process through which immature male gametes are treated with heat, gamma radiation, colchicine, or ethanol and induced to form embryos without the presence of a matching female gamete. This process is often used in the development of crops and ornamental plants such as daylilies in order to cut down on the time it takes to reproduce desirable traits. No need to mate the plant and wait for it to form seeds, many of which will not exhibit the desired trait, when the trait can be isolated by using the gamete of the plant exhibiting that trait.

It is thought that the cause of the high incidence of albino seedlings grown from such treated gametes is due to interference in plastid development. In healthy plants, protoplastids mature into chloroplasts, which power photosynthesis. Those protoplastids do not properly mature in albinos. The appearance of albinos is usually viewed as a bad thing in this context: albino crops and ornamentals are not viable outside of a lab setting and are thus useless.

Interestingly, in one of the few widespread instances of albinism in plants in the wild, it may actually be an adaptive mechanism. Coast redwoods (Sequoia sempervirens), native to California and Oregon, reproduce by both seeds and suckering, in which shoots are sent out from the base of the tree and grow into trees themselves. Sometimes, these suckers grow into trees partially or totally lacking green pigmentation in the needles. Some 400 of these unusual trees are known; the first was discovered in 1866. Though on the surface they appear to be independent organisms, in fact, they retain connections to the parent plant and can even exchange nutrients. Because of this, suckers that grow into trees with albino needles can actually reach adulthood (albeit in stunted form). Though they are not themselves able to photosynthesize, they are supplied with the necessary sugars by the parent plant.

While some have theorized that these ghostly redwoods are parasitic anomalies, little more than botanical leeches who fail to launch and spend their lives sponging off their parents, new research has suggested that they in fact assist the parent plant by absorbing heavy metals and other toxins. There is a higher incidence in areas known to have soils contaminated by heavy metals and albino redwoods have been shown to contain much higher rates of such metals as nickel, cadmium, and copper than surrounding, normally pigmented, trees.

Because redwoods have hexaploid genomes—meaning that they have six copies of their genetic code as opposed to the two in human genomes—they have a much greater chance of exhibiting mutations. Metals can interfere with normal photosynthetic processes and so it has been speculated in a University of Colorado study that these white trees in fact serve as livers to their healthy brethren, sequestering metals in their tissues, where they cannot harm their photosynthesizing parents. This research is somewhat speculative at this point, but if proven, may have implications for other species of plant as well. Balsam poplar, aspen, birch, and white spruce, as well herbaceous milkweed plants, all occasionally produce white-leaved shoots as well.

The phenomenon also occurs in some species of mycoheterotrophic plants—which augment their photosynthetic habits with nutrients produced through a symbiotic relationship with root fungi. Sometimes, plants will spontaneously convert to albinism and survive solely on the nutrients produced by this relationship.

While you won’t find true albino plants haunting the aisles of your local gardening center, one breeder has developed a mosaic redwood, with some white needles and some green needles, that may soon be available. You could soon be host to a botanical ghost of your own. 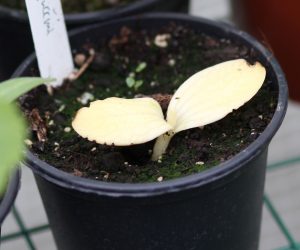