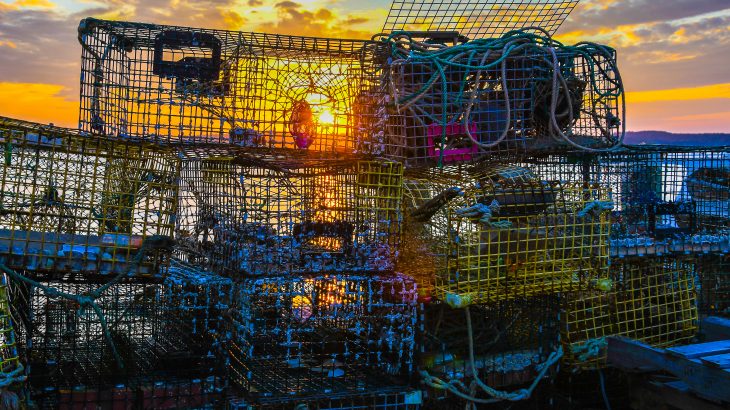 The distribution of American lobsters and sea scallops may shift substantially as water temperatures rise, according to a new study. The experts used a variety of models to estimate how species on the Northeast U.S. continental shelf will respond to warming waters.

The results of the study indicate that lobsters will move further offshore and sea scallops will shift to the north in the coming decades.

The research suggests that changes will also take place within managed fisheries. Some species are expected to increase, while others will decline or show no significant effects.

Study co-author Vincent Saba is a fishery biologist in the Ecosystems Dynamics and Assessment Branch of the NOAA Northeast Fisheries Science Center.

“Changes in stock distribution affect where fish and shellfish can be caught and who has access to them over time,” said Saba.

“American lobster and sea scallop are two of the most economically valuable single-species fisheries in the entire United States. They are also important to the economic and cultural well-being of coastal communities in the Northeast. Any changes to their distribution and abundance will have major impacts.”

For the investigation, the researchers used multiple species distribution models and a high-resolution global climate model.

The team projected the possible impact of climate change on suitable habitat for lobsters and sea scallops in the Northeast U.S. continental shelf. This large marine ecosystem includes the Gulf of Maine, Georges Bank, the Mid-Atlantic Bight, and Southern New England.

To improve the accuracy of the models, the team incorporated independent trawl survey data from nearshore and offshore fisheries. The surveys collected data from 1984 to 2016 over a wide geographic area.

Historical temperature and salinity changes were also integrated into the model, as well as future projections of salinity and temperature for the next 80 years under a high emissions scenario.

While American lobsters are larger and more mobile than sea scallops, both species are affected by fluctuations in ocean salinity and temperature.

The projected warming over the next eight decades revealed that deeper regions in the Gulf of Maine will become increasingly suitable for lobsters. The western Long Island Sound and the area south of Rhode Island showed increased suitability in the spring, yet decreased suitability in the fall. In recent decades, warmer water in these regions has already caused notable declines in the presence of American lobsters.

“This study suggests that ocean warming due to climate change will act as a likely stressor to the ecosystem’s southern lobster and sea scallop fisheries and continues to drive further contraction of sea scallop and lobster habitats into the northern areas,” said Saba.

“Our study only looked at ocean temperature and salinity, but other factors such as ocean acidification and changes in predation can also impact these species.”

“Ensemble modelling approaches like the one developed in this study can contribute to lobster and scallop assessments by improving the effectiveness of survey efforts and the precision of stock assessment models.”