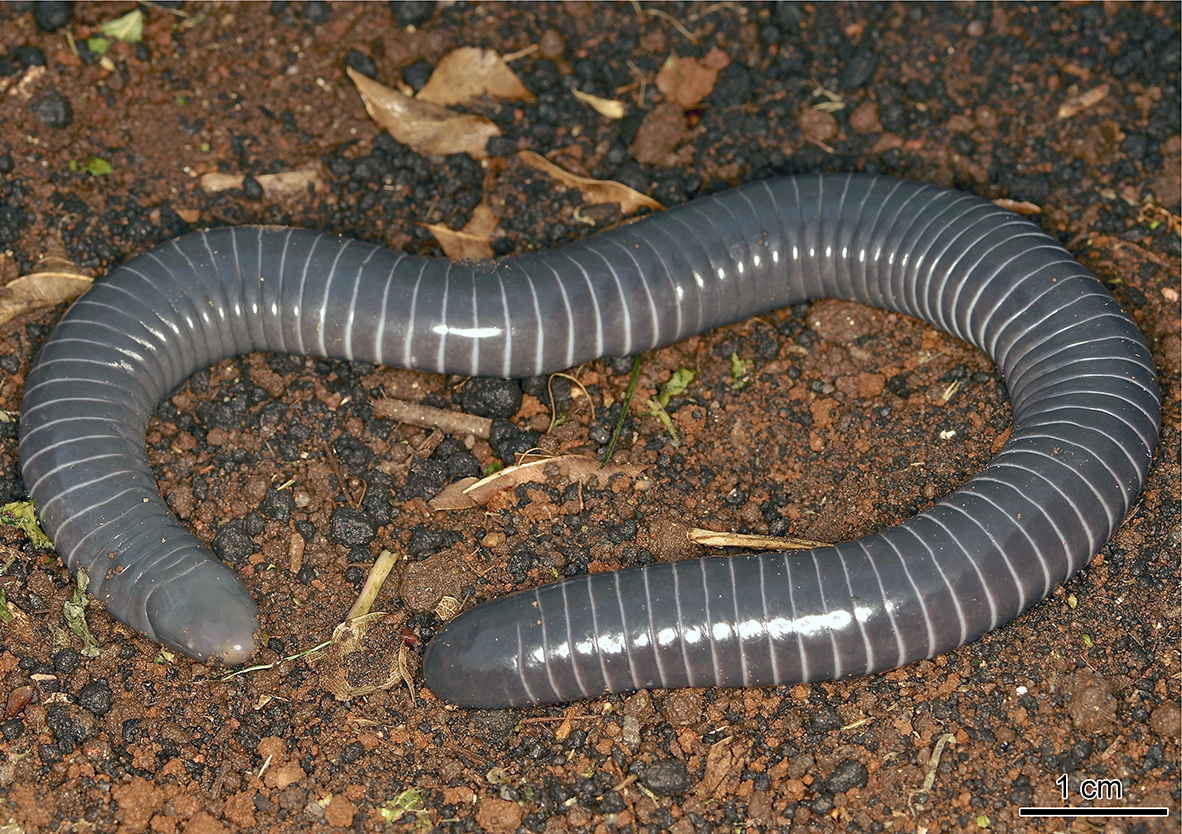 An international team of researchers has been studying the characteristics of a very unique amphibious species in Brazil. The experts discovered that Brazilian caecilians have enlarged mucous and poison glands throughout their serpent-like bodies that evolved from different selective pressures.

Cecilians may look like snakes or worms, but they are actually amphibians with no limbs that are related to frogs and salamanders. They can be found on the continents of Africa, Asia, and America, where they prefer tropical climates.

The limbless creatures, which are grayish in color and measure about 18 inches in length, mostly live in holes that they burrowed themselves.

“My Brazilian colleagues noticed the burrows made by this species were lined with a shiny, slick substance,” said Professor Brodie. “We didn’t think it was a secretion from the poison glands, so we decided to investigate.”

Professor Brodie explained that the Brazilian cecilian is a surprisingly fast burrower.

“When caecilians burrow, they force their snouts into the ground and essentially dive into the soil,” he said.

The analysis revealed that all of the skin glands in the caecilian’s head region were very enlarged and densely packed with mucous glands. The lubrication greases the path as the caecilian makes its escape into the ground, often evading predators such as coral snakes.

“We know of no other amphibian with this high concentration of mucous glands,” said Professor Brodie. “In other terrestrial amphibians, mucous is mainly related to the uptake of oxygen. Here, in caecilians, it’s obviously used in locomotion.”

Further analysis of these mucous gland revealed that their numbers gradually decline throughout the body, and lead to the poison glands.

“The poison glands, resulting from a different selective pressure, provide another defense from predators,” explained Professor Brodie. “In addition to chemical defense, the tail acts as a ‘plug,’ blocking the tunnel and further deterring predators.”