Ancient ancestors could walk as toddlers but also lived in trees • Earth.com 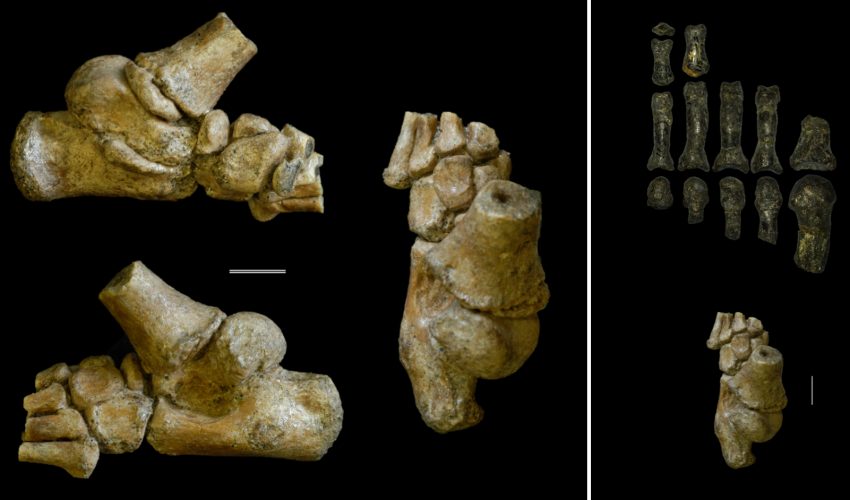 Ancient ancestors could walk as toddlers but also lived in trees

Walking upright marked a major landmark for the evolution of our ancient ancestors. Bipedalism is one of our major defining traits as homo-sapiens, and paleontologists have now discovered evidence of bipedalism as early as 4 million years ago.

Experts in early human origins can study fossils and determine how they walked and what life was like back then.

A new study, published in the journal Science Advances, found that young toddlers millions of years ago walked on two feet but also spent considerable time in trees.

Researchers from Dartmouth College were able to paint a vivid picture of how young children learned to navigate ground and trees thanks to one of the most complete skeletons of a young child dating back 3.32 million years.

The skeleton belongs to the species Australopithecus afarensis and was discovered in the Dikika region of Ethiopia in 2002.

“For the first time, we have an amazing window into what walking was like for a 2½-year-old, more than 3 million years ago,” said Jeremy DeSilva, the study’s lead author. “This is the most complete foot of an ancient juvenile ever discovered.”

The researchers studied the Dikika skeleton foot and discovered a wealth of information about why the bones formed the way they did and why the child both walked and lived in trees clinging to its mother.

The fossil found in 2002 is the same species as Lucy, a famous find that effectively changed our entire understanding of humanity’s origins. The Dikika skeleton was alive 200,000 years before Lucy.

“Placed at a critical time and the cusp of being human, Australopithecus afarensis was more derived than Ardipithecus (a facultative biped) but not yet an obligate strider like Homo erectus,” said Zeresenay (Zeray) Alemseged, a senior author of the study and the person who found the Dikika skeleton. The Dikika foot adds to the wealth of knowledge on the mosaic nature of hominin skeletal evolution.”

The Dikika skeleton was 2 and half years old when she died and the Dartmouth researchers found that the toddler was already waking at this point. However, there was also evidence in the skeleton’s foot that the young child foraged for food in the trees because of the shape of its big toe.

The researchers even suggest that young Australopithecus afarensis children spent more time in trees than their parents.

“If you were living in Africa 3 million years ago without fire, without structures, and without any means of defense, you’d better be able to get up in a tree when the sun goes down,” said DeSilva.

The new study brings us closer to understanding our early origins and evolution.

“These findings are critical for understanding the dietary and ecological adaptation of these species and are consistent with our previous research on other parts of the skeleton especially the shoulder blade,” said Alemseged.