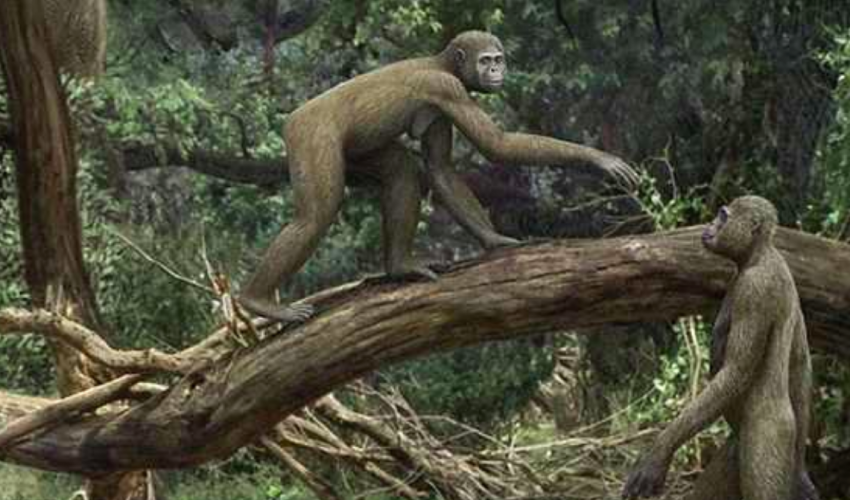 Ever since its discovery almost 25 years ago, an unusual skeleton found in Ethiopia has been stirring up a debate as to whether the hominid was more related to humans or to apes. A new study has revealed that the ancient being walked upright just like modern humans, but also had the ability to climb trees.

The skeleton, which is the most complete of its kind anywhere in the world, belonged to a short, hairy female with long arms who is referred to as “Ardi.” The remains date back approximately 4.4 million years to the forests of Africa and to the species Ardipithecus ramidus.

To gain a better understanding of how Ardi moved around, experts at City University of New York digitally reconstructed the skeleton’s hips for analysis. The researchers discovered that the shape and orientation of the lower pelvis would have allowed Ardi to walk upright or to climb trees with no problem.

“Ardi evolved a solution to an upright stance, with powerful hips for climbing that could fully extend while walking, that we don’t see in apes or humans today,” said study lead author and biological anthropologist Herman Pontzer.

The lower pelvis was elongated, which would normally indicate that Ardi mostly climbed trees and walked with bent knees and hips. However, the researchers noticed that Ardi’s upper pelvis slotted behind the lower pelvis, which enabled her to walk with her legs straight.

Ardi was compared to two other hominids that emerged later on, including the famous skeleton known as Lucy and a 3.2-million-year-old Australopithecus afarensis. The experts established that Ardi’s unique hip placement was not present in the other two ancient specimens.

While the two hominids had the pelvic structure to walk upright just like Ardi, a shorter pelvis means that they were not equipped to climb trees.