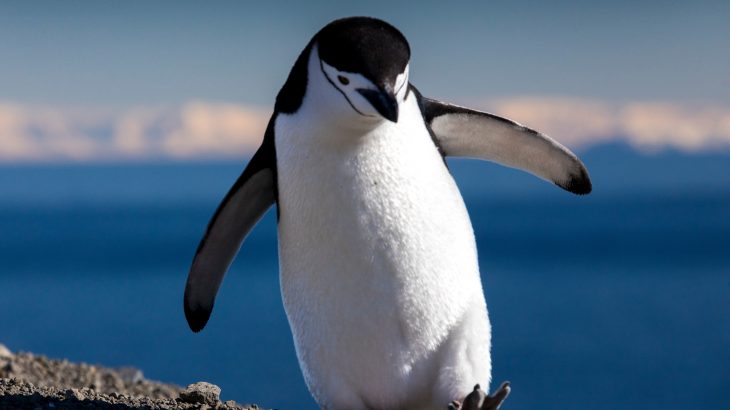 Scientists have identified two ancient groups of birds that shared striking similarities despite the fact they evolved independently of each other in different parts of the world – millions of years apart. The findings reveal an incredible phenomenon in which giant penguins were succeeded by birds on another continent that looked and behaved just like them.

In previous work, scientists described the fossilized bones of the earliest known penguins. The fossils were uncovered in North Canterbury, New Zealand, and represented nine different types of penguins. The species ranged from the small penguins we see today to giant penguins that were 1.6 meters tall, which is the height of a five-foot-three human.

Much later in the fossil record – about 35 million years ago – a younger group of birds emerged in the Northern Hemisphere known as plotopterids. The fossils were recovered from sites in North America and Japan. Like penguins, plotopterids used their wings for swimming instead of flying. The last known plotopterids vanished around 25 million years ago.

The analysis showed that plotopterids and giant penguins had many features in common, including similar chests, shoulder bones, wings, and beaks. The anatomy of both species suggests they were strong swimmers that used their wings to propel them deep underwater to find food.

In both groups, there were subspecies that could grow to massive sizes. The largest known plotopterids were even bigger than giant penguins at over two meters long.

Despite the strong resemblance, plotopterids were more closely related to boobies, gannets, and cormorants than they were to penguins.

“What’s remarkable about all this is that plotopterids and ancient penguins evolved these shared features independently,” said Dr De Pietri. “This is an example of what we call convergent evolution, when distantly related organisms develop similar morphological traits under similar environmental conditions.”

Dr. Scofield noted that some large plotopterid species would have looked very similar to the ancient penguins.

The study is published in the Journal of Zoological Systematics and Evolutionary Research.