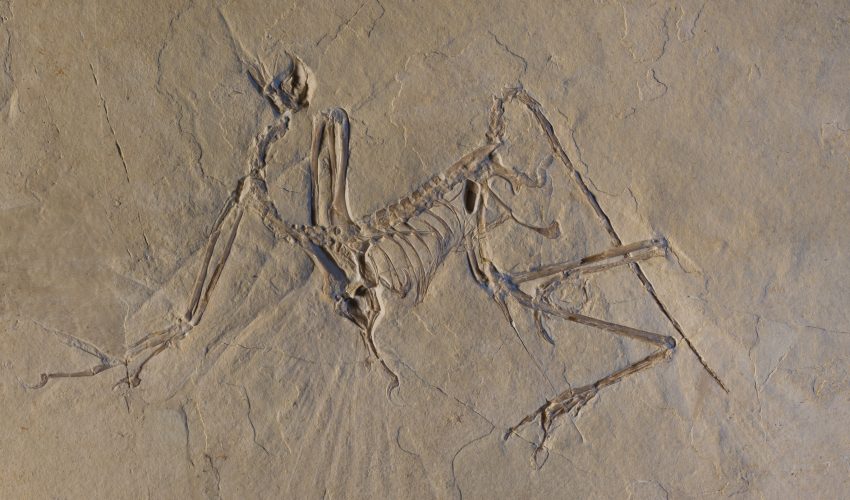 The Late Jurassic dinosaur bird Archaeopteryx is the oldest known flying member of the avian lineage, which also includes modern birds. While it is well known that modern-day birds extended from extinct dinosaurs, scientists still have a lot to discover about their early evolution and the development of avian flight. One of the biggest remaining questions has been whether the Archaeopteryx was a feathered ground dweller, a glider, or an active flyer. Up until now, traditional research methods have been unable to answer this question.

New research published in Nature Communications by an international team of scientists shows how cutting-edge technology was used to answer this decades-old question. The researchers used synchrotron microtomography at the European Synchrotron (ESRF) to look inside Archaeopteryx fossils, an important technological breakthrough, as these fossils are among the most valuable in the world, and this technique limits invasive probing.

“Fortunately, today it is no longer necessary to damage precious fossils,” says Dr. Paul Tafforeau, beamline scientist at the ESRF. “The exceptional sensitivity of X-ray imaging techniques for investigating large specimens that is available at the ESRF offers harmless microscopic insight into fossil bones and allows virtual 3D reconstructions of extraordinary quality.”

The scanning data showed that the wing bones of Archaeopteryx shares important adaptations with those of flying birds. These sections of bone contain necessary flight-related signals in birds, such as thinner bone walls. “Data analysis furthermore demonstrated that the bones of Archaeopteryx plot closest to those of birds like pheasants that occasionally use active flight to cross barriers or dodge predators, but not to those of gliding and soaring forms such as many birds of prey and some seabirds that are optimized for enduring flight,” explains lead author Dennis Voeten of the ESRF.

The fossils analyzed were found in the Late Jurassic sediments of southeastern Germany. “We know that the region around Solnhofen in southeastern Germany was a tropical archipelago, and such an environment appears highly suitable for island hopping or escape flight,” says Dr. Martin Röper, Archaeopteryx curator and co-author of the report.

These findings illustrate that Archaeopteryx is part of the first wave of dinosaurian flight strategies, which eventually went extinct, leaving behind the modern avian flight anatomy and physiology that we see in birds today.

“Indeed, we now know that Archaeopteryx was already actively flying around 150 million years ago, which implies that active dinosaurian flight had evolved even earlier!” exclaims Stanislav Bureš of Palacký University in Olomouc. “However, because Archaeopteryx lacked the pectoral adaptations to fly like modern birds, the way it achieved powered flight must also have been different. We will need to return to the fossils to answer the question on exactly how this Bavarian icon of evolution used its wings.”