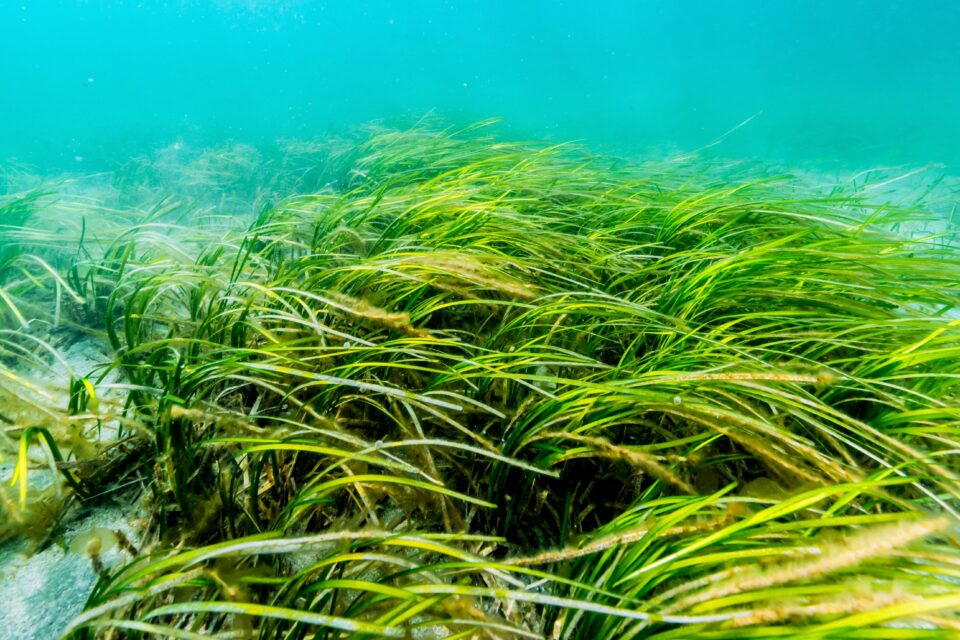 Eelgrass is one of the most widespread shallow-water plant in the world, with its range spanning from semi-tropical regions like Baja California all the way up to Alaska and the Arctic. While providing food and habitat for a variety of aquatic animals, eelgrasses also offer many services to humans, such as protecting coastlines from storms, sinking carbon, or reducing harmful bacteria in the water.

Now, a team of researchers led by the Smithsonian Environmental Research Center has found that the ancient genetic history of eelgrass communities can play a stronger role than the present-day environment in determining their size and structure, as well as who lives in them. These findings could have implications for how well eelgrasses can adapt to imminent threats such as climate change.

Half a million years ago, when our planet was significantly warmer, some eelgrasses migrated from their homes in the Pacific to the Atlantic. Afterwards, a series of ice ages during the Pleistocene further affected how eelgrass populations spread, and ultimately left lasting signatures in their DNA: even today, eelgrass populations in the Atlantic are less genetically diverse than their counterparts in the Pacific. Thus, it appears that genetic legacy has a much larger role in shaping modern eelgrass communities than the current environment.

“We already knew that there was big genetic separation between the oceans, but I don’t think any of us ever dreamed that that would be more important than environmental conditions,” said study lead author Emmett Duffy, a marine biologist at the Smithsonian. “That was a big surprise to everybody.”

Since in most places where it grows, eelgrass is the dominant – or only – seagrass species, its survival is critical for the animals and people that live in its vicinity. The lower genetic diversity found in the Atlantic could make it much more difficult for some populations to adapt to rapid changes.

“Diversity is like having different tools in your tool belt,” explained study co-author Jay Stachowicz, an ecologist at the University of California, Davis. “And if all you’ve got is a hammer, you can put in nails, but that’s about it. But if you have a full complement of tools, each tool can be used to do different jobs more efficiently.”

Since ancient genetics can play such a strong role in the structure and functioning of modern eelgrass populations, scientists wonder whether eelgrass could adapt to more rapid changes. “I’m hopeful because our results illustrate long-term resiliency to repeated, major changes in thermal tolerances and the wide range of eelgrass habitats over about half the Northern Hemisphere,” said study co-author Jeanine Olsen, a professor emeritus of Marine Biology at the University of Groningen.

Further research is needed to find out the best methods of conserving and restoring eelgrass populations. “Should you be restoring seagrass using plants from local environments, or should you be thinking to the future and trying plants with genetics better suited to future environmental conditions?” asked Dr. Stachowicz. “Or should you hedge your bets?”