Ancient humans were the first to discover the pitfalls of urban living • Earth.com 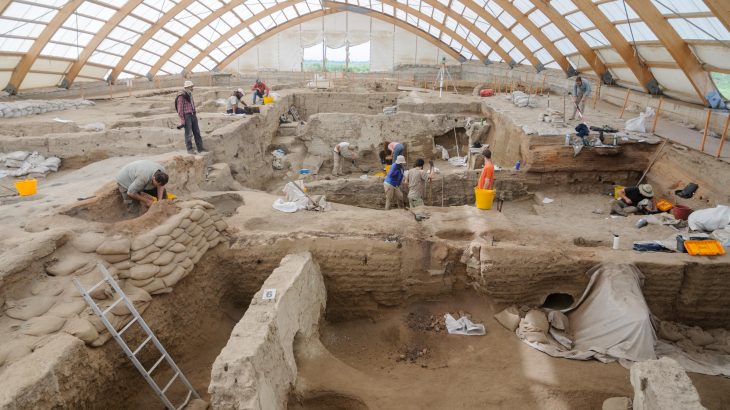 About 9,000 years ago, a group of ancient humans were some of the first to discover the trials and tribulations of modern urban living such as diseases, overcrowding, violence, and environmental issues. Scientists studying the ancient settlement of Çatalhöyük, located in modern Turkey, have discovered that the large farming community of about 3,500 to 8,000 people came face-to-face with issues that still plague urban communities today.

“Çatalhöyük was one of the first proto-urban communities in the world and the residents experienced what happens when you put many people together in a small area for an extended time,” said lead author Clark Spencer Larsen, a professor of anthropology at The Ohio State University. “It set the stage for where we are today and the challenges we face in urban living.”

Çatalhöyük was first settled around 7100 to 5950 B.C. and was rediscovered by anthropologists in 1958. The settlement spans about 32 acres and boasts about 21 meters of deposits spanning 1,150 years of continuous occupation.

Larsen and his fellow researchers analyzed the stable carbon isotope ratios in the bones found at the settlement and found that the settlers’ diets were based mainly on wheat, barley and rye, as well as some non-domesticated plants and domesticated animals.

“They were farming and keeping animals as soon as they set up the community, but they were intensifying their efforts as the population expanded,” Larsen said.

Their grain-heavy diet meant that tooth decay ran rampant. And Larsen’s team also discovered via analyzing the leg bones of both early and late settlers of Çatalhöyük that the later humans walked more than their predecessors.

“We believe that environmental degradation and climate change forced community members to move further away from the settlement to farm and to find supplies like firewood,” Larsen said. “That contributed to the ultimate demise of Çatalhöyük.”

Poor hygiene and close quarters (residents lived in apartment-like housing during the settlement’s peak) meant that infectious disease spread like wildfire. As did violence, which resulted in skull fractures, as the scientists found at the site.

“They are living in very crowded conditions, with trash pits and animal pens right next to some of their homes. So there is a whole host of sanitation issues that could contribute to the spread of infectious diseases,” Larsen said. He added, “We found an increase in cranial injuries during the Middle period, when the population was largest and most dense. An argument could be made that overcrowding led to elevated stress and conflict within the community.”

The team also realized, via dental analysis, that people who were not biologically related resided in the same house. Why this is is still a mystery.

“We can learn about the immediate origins of our lives today, how we are organized into communities,” Larsen concluded in his study of the site, published in Proceedings of the National Academy of Sciences. “Many of the challenges we have today are the same ones they had in Çatalhöyük — only magnified.”