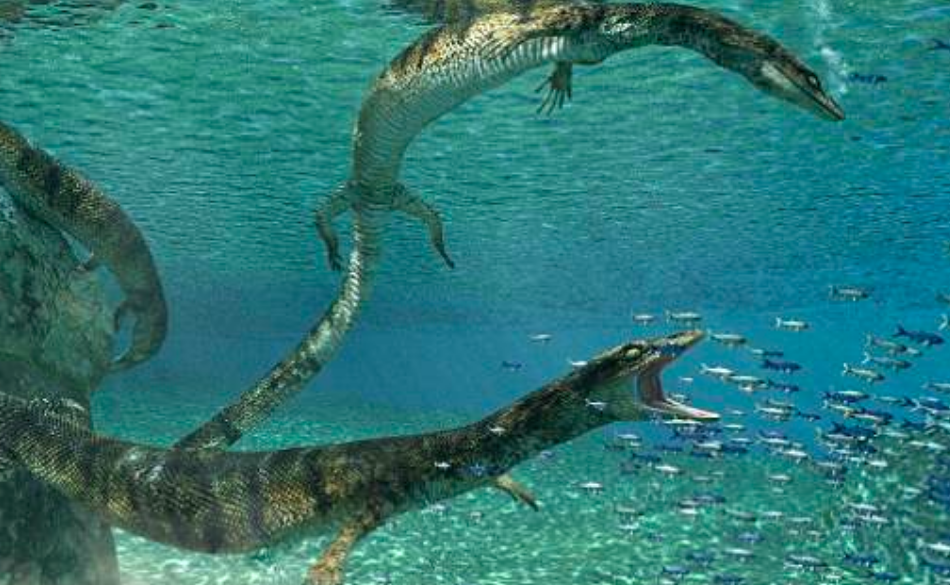 Paleontologists from the University of Alberta have discovered the remains of a new species of marine lizard in Puglia, Italy. The fossil, which is believed to be between 70 and 75 million years old, belongs to a type of lizard that is related to snakes and mosasaurs called a dolichosaur.

“They have paddle-like hands and feet for swimming but could also move on land,” said Paparella.

The researchers named the species Primitivus manduriensis after the Manduria variety of red wine grapes which are native to the Puglia region.

The new fossil is the youngest known specimen of dolichosaurs, and extends the record of this group’s existence by about 15 million years longer than what was previously realized. Until now, the long lizards were thought to have gone extinct around 90 million years ago.

The remains were retrieved in a location that was once covered in shallow water. According to the experts, the lizard had fallen to the bottom of the water where it was covered in sediment soon after its death. This helped to preserve the remains so well that the team was able to analyze skin and muscle tissue samples.

“There need to be very special conditions for soft tissue to be preserved on a fossil,” said Paparella. “The location where the Primitivus manduriensis was found has a great deal of potential. We hope to get permits from the Italian authorities to conduct further fieldwork.”