Ancient meteor shower did not cause ‘explosion of life’ in ocean • Earth.com 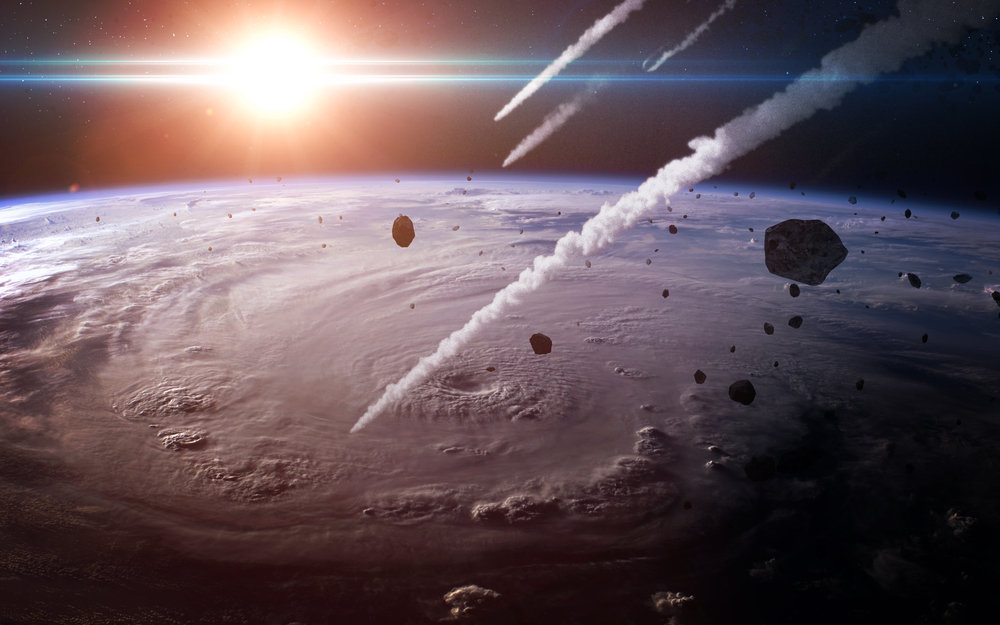 Ancient meteor shower did not cause ‘explosion of life’ in ocean

A whopping 466 million years ago, an event known as the Great Ordovician Biodiversification Event (GOBE) caused an explosion of life under the sea. For years, scientists thought the event was set in motion when the Earth was pelted by an ancient meteor shower. New information has caused them change their minds.

Information obtained from the dating of crystals collected from meteorite-bearing sediments in Sweden show that the GOBE happened around two million years before the ancient meteor shower began. In the journal Nature Communications, researchers wrote that this shows “that the two phenomena were unrelated.”

Previously, scientists believed that the GOBE was caused by a traffic incident in the asteroid belt between the planets Mars and Jupiter. When objects in those belts collided, they created a storm of debris that rained onto the Earth. This would have been disruptive enough to potentially stimulate new life, scientists thought.

The new data was decisive enough to cause the researchers to do a scientific about-face. ‘This study shows that the two phenomena were unrelated,” they wrote.

Studies continue in order to find out more about both phenomena. Scientists feel that learning more about asteroid collisions and falling meteorites can help them better understand how the solar system formed and evolved over time.

Meanwhile, scientists also continue their search for the cause of the GOBE. Anders Lindskog of Lund University in Sweden co-authored the study. He wrote that the data indicates that the new data indicates “no measurable ‘extraterrestrial’ influence on biodiversity” amongst sea life. He said, however, that high sea levels during the Ordovician Event definitely provided more space for life there to thrive.

Scientists aren’t giving any alternate theories about what sparked the GOBE. The event happened around 470 million years ago. This was after the first explosion of life on our planet – that one happened nearly 540 million years ago during the Cambrian period.