Andean bears are threatened by superstitious trade of their body parts • Earth.com 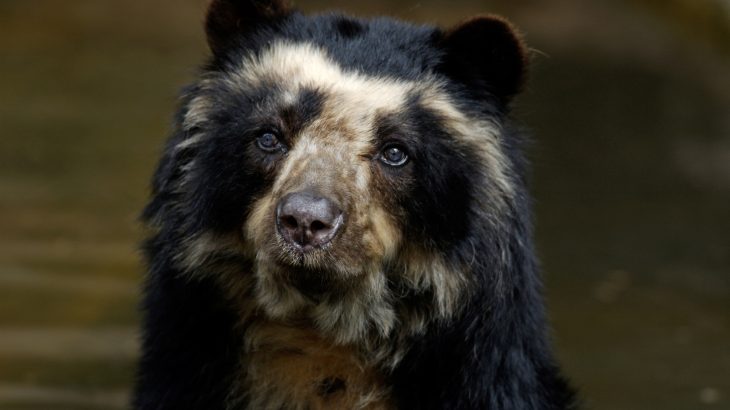 Andean bears are threatened by superstitious trade of their body parts

According to the IUCN Red List, there is estimated to be between 2,500 and 10,000 of Andean bears left in the wild and the population is decreasing. The World Wildlife Fund reports that in 1999, there were approximately 4 to 5,000 individual bears in Columbia, representing 25% of the original population.

Data is sparse on the whole wild population of Andean bears, though. The bears themselves live in rugged climates of cloud forests that are thick with vegetation, cold at night, rainy and hard to penetrate. I once heard a story from a biologist who saw an Andean bear in Ecuador where he was working. The biologist was so excited that he followed the bear, scaling down a cliff overlooking a stream. The biologist realized he couldn’t scramble back up the cliff and had only one choice – leap into the stream and hope it was deep enough for him to survive.

You can spend years in the subalpine habitats of the Andes and never see a bear. This is partially because the bears are shy and secretive, but also because Andean Bears have been exploited and hunted by humans, making them more rare than ever in their homes. The bears are agile climbers, though. Like juvenile black bears, adult Andean bears will climb trees, one of the attributes that can make them hard to find. Andean bears are also largely nocturnal, most active in times when people are not. When people do find the bears, it doesn’t always turn out well.

Sometimes, Andean bears are captured to be made into circus performers. To keep humans safe, the bear’s teeth are sometimes broken out, their claws ripped off to make them ‘harmless’. Cholita, a famous Andean bear, also lost all of her fur from trauma before being rescued in Peru and taken to a shelter in the US, according to NPR. It’s unclear how much harm collecting bears for the circus does for the species, but poaching has certainly been detrimental. In Peru, the government banned hunting of the Andean bear in 1970, and international law is supposed to stop any trade in the animal or its body parts.

Despite this, bears are still killed and sold for bizarre reasons.  National Geographic reports that Peru is one of the places selling weird elixirs with questionable properties. Shamans make these elixirs as folk remedies, using local plant ingredients as well as wildlife parts and pieces. The Andean bear’s penis bone is the main ingredient in one of these elixirs that supposedly cures sexual impotency. These elixirs are popular in Peru despite lack of scientific evidence that they do anything and their illegal nature. Other folk remedies offer you the strength of the Andean bear or claim to heal a number of other maladies. Unfortunately, the trend of dealing in Andean bear parts for hokey ‘medicine’ follows a trend that has devastated other wild animals in other places.

According to National Geographic, traditional Chinese medicine that often uses animal parts for ‘remedies’ is now estimated to have an industry value of $60 billion annually and has spread to 180 countries world wide. Tigers, rhinos, pangolins and other endangered species have all been targeted for traditional Chinese medicine and have suffered for it. The Andean bear seems to be suffering the same fate for superstitious medicine within its own home range.

To see what the future could hold in store for the beleaguered bear, one need just look to other cases of trafficked animals. Over a million pangolin were poached between 2000 and 2013. Rhinos and tigers have taken serious hits as well from poaching. Beyond the traditional approach to protecting these animals through law, there has also been progress in discouraging animal part use within the traditional Chinese medicine community. There is still a long way to go, but perhaps something can be learned from these conservation efforts to help with those of the Andean bear as well.

One method that has been used unsuccessfully to slow the harm from traditional Chinese medicine is to farm bears and tigers. The problem with this approach is that the farms often capture animals from the wild and are not sustainable. Other wild animals such as crocodiles have been farmed successfully to increase wild populations. Part of the problem in allowing some traffic in animals is that it reduces them to simply an economic value and allows a continued incentive for killing the animal. So far, it’s unclear what will protect the Andean bear.

Wildlife Conservation Society works on Andean bear conservation in Columbia by partnering with the parks service there. Their work has focused on monitoring the decline in bear population and training rangers. On the other hand, Wildlife Conservation Network promotes the work of Spectacled Bear Conservation (SBC) in building community pride for wildlife and habitats; the goal being to promote non-destructive human behavior towards Andean bears and other wild animals. The organization also studies the biology of the bear to best understand how to protect the bear by observing the bears behaviors and needs.

Unfortunately, the trade in wildlife is a nasty business fueled by financial inequity. When poor people living in the forest find ways to make money quickly, they often jump at the chance, without considering the consequences. I’ve seen this tragedy play out in west Africa as well, where you can buy roasted monkey or even live apes. Monitor lizards are piled live into mesh bags and sit for hours or days in cramped conditions. These markets continue often due to a lack of care by the police or perhaps even corruption. Police walk by people openly selling illegal animal parts in these types of markets without a second glance. Unfortunately, animals like the Andean bear often suffer from human ignorance and greed.