Many animals use infrasound to communicate over vast distances • Earth.com 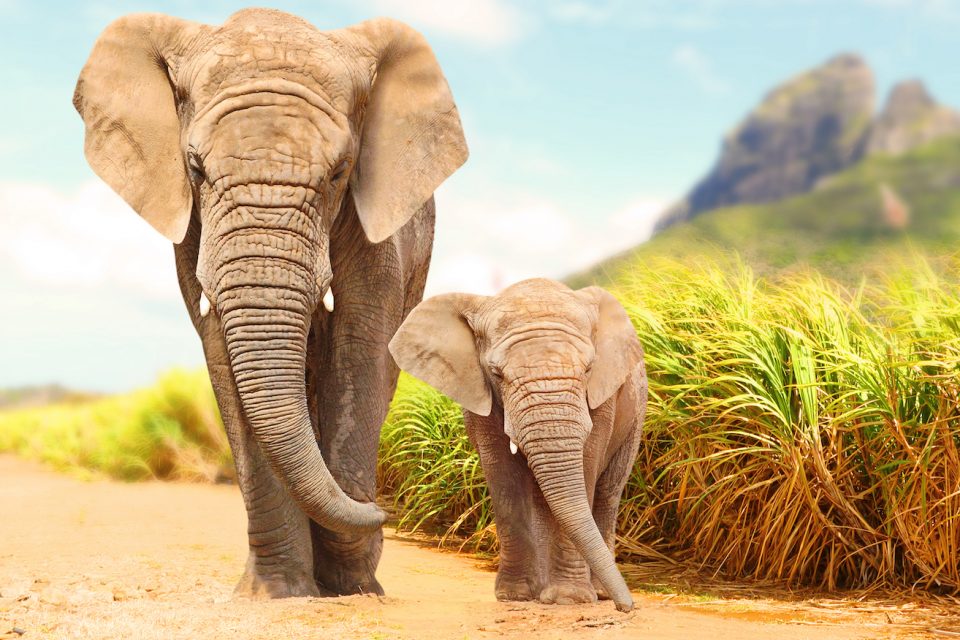 Many animals use infrasound to communicate over vast distances

As humans, it’s easy to ignore the spectrums of color that we can’t see but that define the world of the mantis shrimp or the butterfly. We also tend to think of the color blind as missing something vital of the world as it is. The same is true for sounds – whole ranges of noise are outside of the hearing of the average human, yet we go about acting like these noises simply don’t exist. Other animals are endowed with different hearing apparatus and so, not only do other creatures see the world differently, they also hear it differently.

The most obvious example that may come to mind is the silent dog whistle but it’s even more interesting looking at the low frequency sounds that animals use for communication.

Different sounds can serve different purposes. The high pitched ultrasound used by bats in echolocation is perfect for navigating at night because these noises are easily reflected back to the bats by objects in the environment. The mid-frequency noises that most animals use are perfect for relatively close communication through air. Communicating across long distances is something else, though.

Low frequency noises, below the frequency that human ears can usually detect, are used by elephants to communicate over long distances. The infrasound frequencies are good for long distance communication because they travel well through objects instead of being reflected. Because they travel well through things such as heads, it’s also hard to tell what direction infrasound is coming from.

We use the difference in time for a sound to reach one ear compared to the other as one way to determine where a sound is coming from. Since infrasound travels through the bone and tissue of our head, the sound reaches both ears at very close to the same time. For this reason, infrasound is good for long distance communication but not for locating individual animals. This also partially explains why we can’t hear infrasound but sometimes we can feel it.

The distances elephants can hear each other seem to be much shorter in tropical forests but this seems to be mainly due to background noise. When the forests are at their quietest, it seems that the infrasound can still be heard 3 km away. It’s possible that the elephants are even better at distinguishing between their own infrasound and background noise than we think, making it so they can communicate over longer distances in the forest.

A report published in Animals also suggests that elephants could hear gathering thunderstorms more than 100 km away and could theoretically make their way towards them.  This would be an important skill to have at the end of the dry season in much of sub-Saharan Africa where water is an important limiting resource.  There is also anecdotal evidence that elephants in Thailand may have been able to detect a coming tsunami, according to PBS.

Research published in The Auk found that cassowaries – large, flightless birds living in dense rainforests in Papua New Guinea and northern Australia – not only hear infrasound but can produce it as well.  Infrasound seems like the ideal way for the birds to communicate over long distances in dense forests and rough terrain. It’s possible that this long-distance communication is used to warn other cassowaries away or to attract mates.  Crocodilians seem to apply a similar strategy.

Many crocodilians perform what is known as a ‘water dance’ where they create infrasound that makes the shallow water over their backs ‘dance’ in interesting patterns. These noises are used along with grunts or roars and head slaps to the water by males to attract females. The combination of head slaps, roars and infrasound vary depending on the environment a crocodilian population has evolved to. Head slaps are useful in helping other animals to determine where a sound is coming from.

Infrasound is more useful in making the sound travel long distances. So in large lakes, infrasound and head slaps are both very useful. In smaller ponds, head slaps are less useful. Vladimir Dinets, the scientist who made the discovery of variable crocodilian ‘songs’ depending on environment, describes the adventurous research in his book Dragon Songs.

In the end, infrasound is still a relatively new field of study in animal behavior. The more we look, the more we find but there are still many unanswered questions like why or how this ability first evolved.  For now, we should be excited to learn that the world of sound, of voices is much broader than our human ears can detect. Animals all over the world are talking and we can’t even hear them.