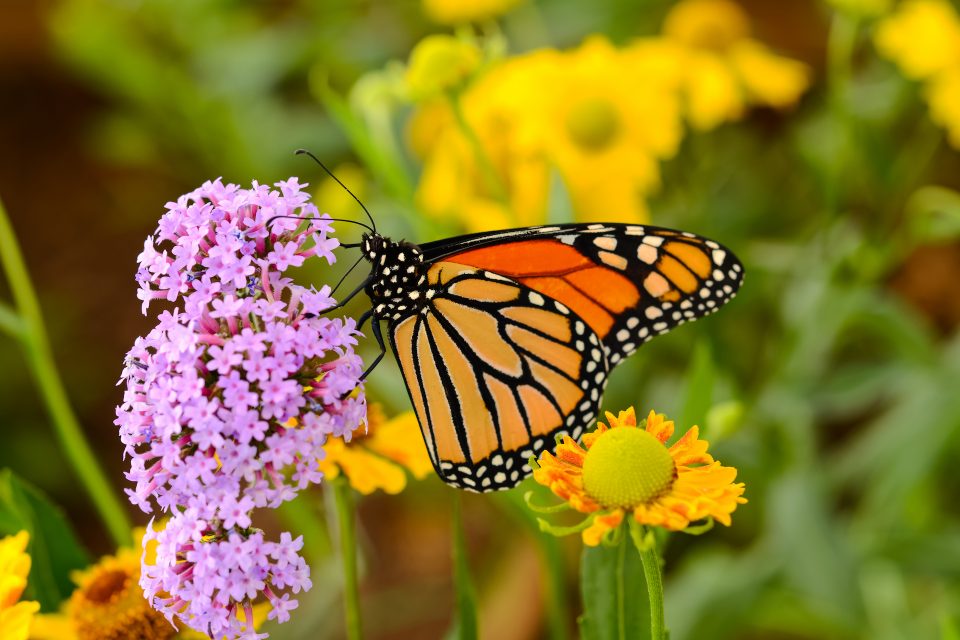 How monarch butterflies gradually spread vast distances across the globe

Most people are well aware of the impressively long distances covered by some butterflies. Monarch butterflies (Danaus plexippus) migrate up 2,500 miles each year between cold and warm habitats. How the migration started is hard to know but it gives obvious benefits to the butterfly and allows wonderful spectacles for humans to enjoy.

Monarch butterflies were potentially caught in a storm and blown far out to sea where the tired and battered insects found a small island to make home. No one knows for sure if this is how it happened. It’s possible that a person carried a monarch knowingly or on accident with them to a Pacific island. What is known is that at some point in the not too distant past, monarch butterflies colonized islands in the Pacific Ocean.

From the islands in the Pacific, it was less of a jump to colonize other parts of the world. According to Cook Island Biodiversity & Natural Heritage, the monarch butterfly is the largest of the native species of butterfly in the Cook Islands. Despite its recent arrival, the monarch is called native in this context because it probably arrived under its own power.

Animals, plants and other organisms have always moved from one place to another, colonizing or invading new lands, depending on perspective. Interestingly though, the monarch butterfly migration isn’t so simple. For the butterflies to move, so did their host plants, the milkweeds. Milkweed plants are full of toxic alkaloid compounds that mother monarch butterflies taste the plants for before depositing eggs on a host.

The monarch caterpillars ingest the alkaloid compounds when feeding on the plant for a very important purpose. Birds often eat butterflies. A brightly colored butterfly such as a monarch, slowly flapping through a sunlit meadow seems like an easy target for a hungry robin or blue jay. However, the bright colors of the monarch wings are a warning that they’re not too tasty. In fact, the monarchs secrete the alkaloids they ingest into their skin, making them bitter and poisonous. The poison is a potent protection for monarchs.

Birds were fed monarch butterflies in a famous experiment carried out by researchers at UC Boulder. The birds vomited violently after eating them and refused to try the butterfly again. Even butterflies that look similar to monarchs but don’t dine on toxic plants are avoided by hungry birds. Without the presence of the milkweed, it’s unlikely that birds in new places would ever learn the meaning of the monarch’s bright wings, making them an easy meal. So before monarchs could spread to Pacific islands, milkweed had to spread. This is why the first record for monarch butterflies in Hawaii is in 1840 or Tonga in 1863. Slowly, the monarch butterfly colonized much of the Pacific following in the wake of transplanted milkweed.

Eventually, monarchs arrived on the largest landmass in the South Pacific – Australia. The first record of monarch sightings in Australia come from the summer of 1870-71, according to ABC, when several sightings were recorded.

The fact that there were several sightings all at once indicates that the butterfly was probably already established in Australia. It’s impossible to know when the first monarch actually alighted on the Australian continent but it’s possible that the butterfly blew in from New Caledonia, where today monarchs still live with two other butterfly species in the same genus. Interestingly, monarch butterflies in their expanded range have shown themselves to be quite adaptable. In Australia, the species is rightly called the ‘wanderer butterfly’ due to the roaming nature that allows it to migrate such long distances and that originally brought it to Australia in the first place.

In the more northern parts of eastern Australia where monarchs live, they migrate to the warmer coastal areas during the winter and move more inland during the summer, according to Australian Museum. In warmer areas of Australia, the monarchs breed nearly continuously throughout the year, with a large overlap between generations occurring which is unusual in North America. In the southern part of Australia where temperatures are cooler, monarchs don’t mate immediately when they mature in the fall. Instead southern Australia monarch butterflies overwinter, sometimes in large groups as in North America and mate in the warmer months.

After mating the monarchs fly northward, and after several generations arrive in the northern part of their range, a similar life history to the butterflies in North America. Interestingly in Australia, there appear to be a few birds immune to the monarch butterfly poisons Pied Currawongs (Strepera graculina) and Black-faced Cuckoo-shrikes (Coracina novaehollandiae) have been seen eating monarchs without apparent illness. Monarchs even on occasion have been found wandering in Tasmania, although they’re a rare visitor. Monarchs in other parts of their new homes also migrate.

Pesticides, deforestation, pesticide use and disappearance of milkweed have lowered the monarch butterfly populations in North America. Unfortunately, the same things as well as climate change and perhaps an occasional random storm have hurt the monarch populations in Australia, according to The Conversation. Humans are partially responsible for the global success of monarch butterflies, but tragically we may be the ones to put an abrupt end to it as well.