The role an ant plays in its colony is reflected in its neurobiology • Earth.com 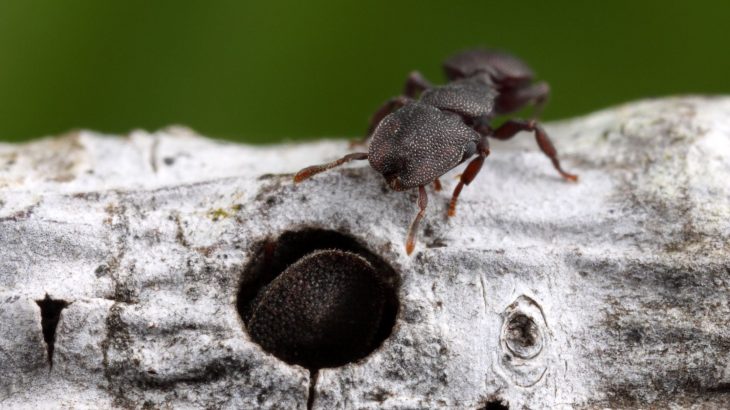 If you’ve ever read about ants, it’s likely you know that many ant colonies are rigidly structured – each ant has a specialized role within the colony that differs from the roles of other groups of ants. But a new study published in PLOS ONE has found that it’s not just the jobs that differ, but the neurobiology of an individual may differ significantly according to their role within the colony.

Darcy Greer Gordon of Boston University and colleagues studied turtle ant (Cephalotes varians) colonies, which are socially organized into multiple castes that are behaviorally and phenotypically different. Ants in the colony are either sterile minor works (who perform most of the colony tasks), soldiers (who use their plate-shaped heads to defend the colony, acting as “living doors” in the entrances), or gynes (reproductive females that have the same head shape as soldiers, which they use for defense in early colony foundation).

The study was to determine whether turtle ant neurobiology is caste-specific. In the red mangrove stands of the Florida Keys, the researchers collected both queened colonies and colony fragments, which are made up on only winged gynes, soldiers, and workers. The team dissected out the ants’ brains, imaged them, and then analyzed brain structures.

They found that gynes had significantly larger overall brain volume than soldiers and minor workers, whose brain volumes were similar. It was also determined that gynes and soldiers tended to have significantly larger visual-processing regions than minor workers. When compared to gynes and soldiers, minor work brains were larger in regions generally linked with processing capabilities, which may help them with performing their diverse tasks.

When the researchers examined synaptic structure in regions associated with cognitive processing, they found differences across castes. Minors had fewer and larger synaptic complexes than both gynes and soldiers, which were similar to each other. The soldier brains were intermediate to the worker and gyne features in this respect, which may offer insight into their evolutionary origin.

“Ant societies show extraordinary division of labor where only queens reproduce, and sterile workers, sometimes strikingly different in size and shape, specialize on tasks such as nursing, foraging, housekeeping, and defense,” says Gordon. “In the turtle ant, Cephalotes varians, differences in the size and structure of the brain, which are detected using computational neuroimaging, reflect task specializations across queens, soldiers, and workers.”