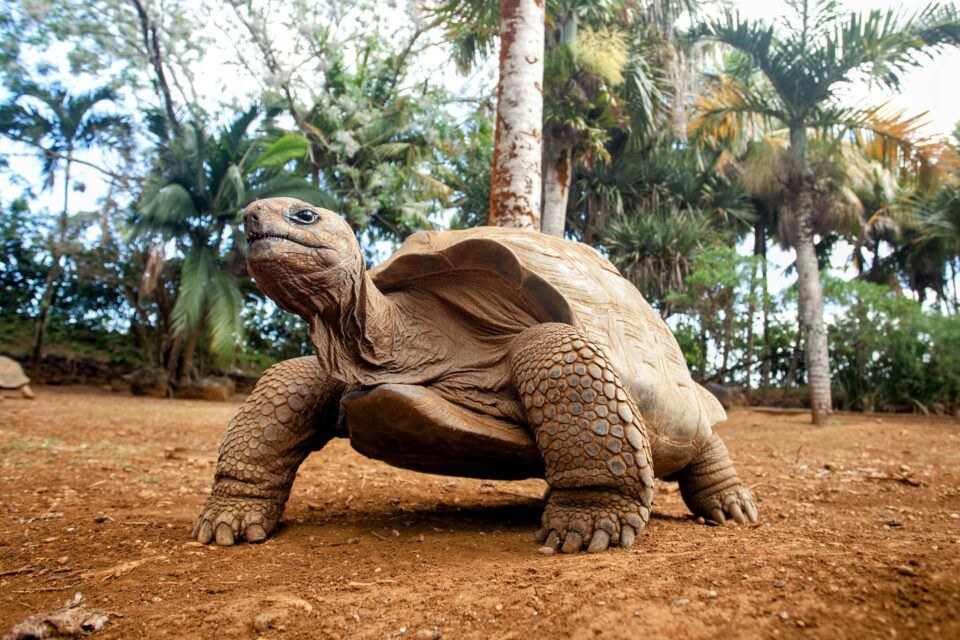 Giant Galapagos tortoises that live in human-dominated landscapes have increased levels of antibiotic resistance, according to a new study from the Universidad Complutense de Madrid.

The experts found that the number of bacteria with resistant genes was higher in tortoises who had human contact compared to those that live in more isolated ecosystems.

“Human activities are facilitating the dispersal of resistance into the environment, which has already been observed in other parts of the world, but which has never been demonstrated on the Galapagos Islands,” said study lead author Ainoa Nieto.

According to the World Health Organization, antibiotic resistance is one of the biggest threats to public health. The WHO estimates that by 2050, resistance to antibiotics could cause more deaths than cancer, diabetes, or traffic accidents.

The new study has detected antibiotic resistant bacteria in the Galapagos archipelago for the first time.

For their investigation, the researchers collected samples from 270 tortoises in two Galapagos sites with different characteristics – the island of Santa Cruz, which has the largest human population, and the remote volcano of Alcedo on the island Isabela.

Overall, 21 genes were analysed that codify resistance for eight of the antibiotic families most commonly used in human and animal medicine.

“We don’t know the real implications that this discovery could have for the health of giant tortoises, but resistance is considered environmental pollution, and the fact that species as iconic as Galapagos tortoises are entering into contact with these resistant bacteria implies that the ecosystem in which they live is being contaminated,” explained study co-author Casilda Rodríguez.

The researchers said their findings suggest that human activities in Galapagos have a negative impact on ecosystem health through the dispersal of antimicrobial resistant genes.

“This research highlights a new threat for the health and conservation of the unique wildlife of the Galapagos, their ecosystems, and the humans inhabiting this World Heritage Site,” wrote the study authors.

“Our recommendation to local policy makers is to control and reduce the use of antibiotics in both human and animal health, thus helping enforce antimicrobial regulations.”