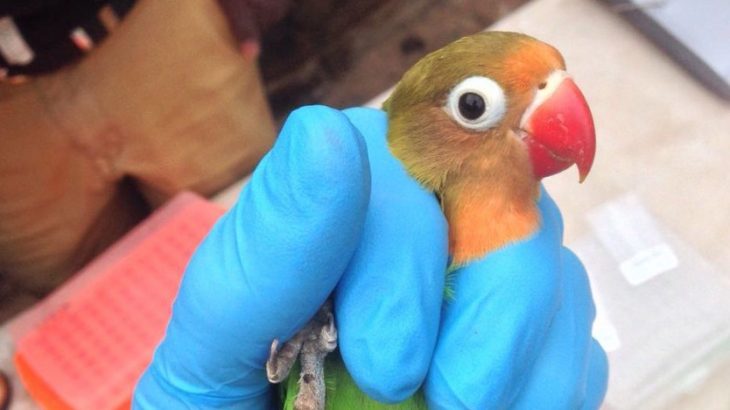 Antimicrobial bacteria could soon spread across cities through urban wildlife

Health officials estimate that this year alone, 700,000 people will die globally from antimicrobial resistance, and in the next 30 years the annual death toll could reach 10 million.

There are concerns that AMR increases the risk for the spread of untreatable diseases passed from wildlife to humans.

While this hasn’t happened yet, it’s a threat that researchers are not taking lightly.

In a new study, a team of researchers from the University of Liverpool and the International Livestock Research Institute surveyed 99 households in Nairobi. Households were picked at random and the researchers collected samples to measure AMR prevalence across different neighborhoods.

The team found that urban wildlife in Nairobi carry high levels of AMR bacteria resistant to drugs that the World Health Organization has said are critically important for medicine.

There was a greater variety of AMR in livestock and the environment. Both rodents and birds were more likely to carry multiple AMR bacteria when exposed to human and livestock waste.

The findings are troubling as it points to urban wildlife as a vector for AMR, and if that happens, the resistant bacteria would be able to spread quickly and efficiently through waterways, sewage lines, and carried by migratory birds.

“This is not just specific to Nairobi, but findings can be extrapolated to other cities in Africa,” said Eric Fèvre, a member of the research team. “We tend to think of AMR in primarily medical terms, of developing new drugs and better using old ones. But we need to take an ecological approach to addressing this threat. Urban cities can address this by better urban planning, better waste disposal, better livestock husbandry practices.”

The study was published in the Lancet Planetary Health.

“As many scientists and policymakers are now realizing, we cannot address the rise of anti-microbial resistance without focusing on the environmental, ecological and social settings in which humans exist,” said James Hassell, the lead author of the study.