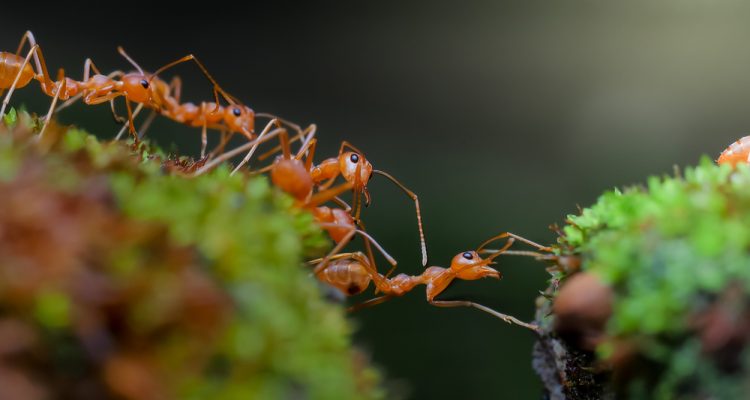 It’s been an odd week for ant news. As we reported earlier this week, scientists discovered a wasp with a protrusion on its butt that resembles an ant’s head. Now, new studies reveal that ants change jobs and are also adept at navigating and walking backwards.

It’s not all the same old drudgery for worker ants, it seems. A study out of the University of Lausanne in Switzerland and published in the journal Science reveals that ants change jobs as they age. Younger ants are responsible for taking care of the queen and nursing the young. As ants get older, they’re charged with cleaning the colony. The oldest ants venture outside of the nest to search for food.

Speaking of foraging for food, another study published in the journal Current Biology explains why ants are so good at it. Scientists have long known that ants can walk backwards while carrying food that’s many times their body weight. They also knew that ants find their way to and from the nest by using visual knowledge and the position of the sun.

What they didn’t realize is because of their amazing memories, ants can do all of this at once.

While toting food and walking backwards, ants need only glance over their tiny shoulders to note the position of the sun and their direction of travel. After that, they can proceed all the way to the nest while facing in the opposite direction, having memorized the route.

Why is it important for humans to understand ant behavior? Apart from general fascination, we observe ants because they help us build better robots. According to Professor Barbara Webb of Edinburgh University, “Understanding [ants’] behavior gives us new insights into brain function, and has inspired us to build robot systems that mimic their functions.”