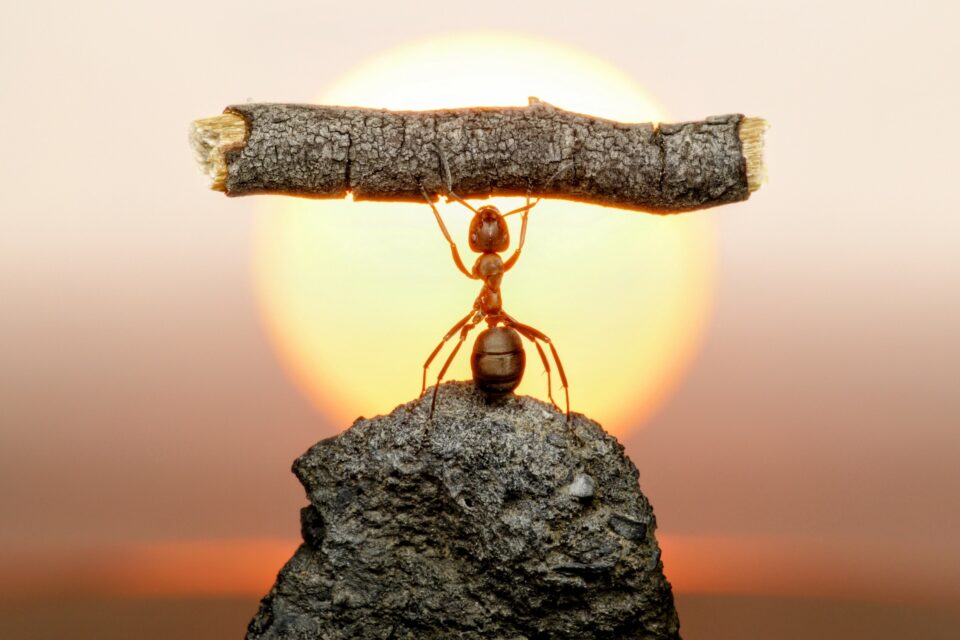 Ants help explain why the human brain shrank 3,000 years ago

We are all well aware that increasing brain capacity has been a defining characteristic of the human lineage. Our oldest hominin ancestors, for example Sahelanthropus and Ardipithecus, who lived about 4 million years ago, boasted brain sizes comparable with those of modern chimpanzees.

Since then, cranial capacity has increased dramatically, with maximum values reached around 130,000 years ago in populations of Neanderthals and Homo sapiens.

What is not as well advertised is that, since the end of the Pleistocene Epoch around 12,000 years ago, the brain size of modern humans has decreased by approximately 10 percent. Some say the decrease has been associated with a slight reduction in body size and robustness, related to the warmer conditions of the Holocene, but this hypothesis has met with resistance.

In order to identify the pattern of cranial capacity decrease in modern humans and shed light on the potential reasons, a team of researchers from different academic fields set out to study the historical patterns of human brain evolution, and to compare their findings with what is known in ant societies.

“A surprising fact about humans today is that our brains are smaller compared to the brains of our Pleistocene ancestors. Why our brains have reduced in size has been a big mystery for anthropologists,” explained co-author Dr. Jeremy DeSilva, from Dartmouth College.

“A biological anthropologist, and a behavioral ecologist and evolutionary neurobiologist, began sharing their thoughts on brain evolution and found bridging research on humans and ants might help identify what is possible in nature,” said co-author Dr. James Traniello from Boston University.

Previous research has shown that ants with specialized tasks that require learning and memory can have enlarged regions within the mushroom body of the brain, a phenomenon that becomes more pronounced as colony size increases. The scientists wondered whether there were any parallels between the evolution of ant and human brains.

They applied a change-point analysis to a dataset of 985 fossil and modern human crania. The results showed that human brains increased in size 2.1m years ago and again 1.5m years ago, during the Pleistocene. However, cranial capacity underwent a noticeable decrease in size around 3,000 years ago, during the Holocene Epoch, which is more recent than previously thought.

“Most people are aware that humans have unusually large brains – significantly larger than predicted from our body size. In our deep evolutionary history, human brain size dramatically increased,” said Dr. Traniello. “The reduction in human brain size 3,000 years ago was unexpected.”

Although the increases in brain size can be correlated with the early evolution of the genus Homo, and the associated technical advances that led, for example, to the manufacture of more complex tools, to better diet and larger social groups, the timing of the decrease in brain size has not yet been explained.

The interdisciplinary team involved in the current study proposes a new hypothesis to explain the decrease in brain size, based on clues and comparisons within ant societies.

Studying patterns of worker ant brain size, structure, and energy use in some ant clades, such as the weaver ants (Oecophylla), leafcutter ants (Atta), and common garden ants (Formica), showed that group-level cognition and division of labor may select for adaptive brain size variation. This means that within a social group where knowledge is shared or individuals are specialists at certain tasks, brains may adapt to become more efficient, sometimes by decreasing in size.

“Ant and human societies are very different and have taken different routes in social evolution,” said Dr. Traniello. “Nevertheless, ants also share with humans important aspects of social life such as group decision-making and division of labor, as well as the production of their own food (agriculture). These similarities can broadly inform us of the factors that may influence changes in human brain size.”

The study authors propose that, since brains use up a lot of energy, it would be advantageous to have a smaller brain if not all of its potential is needed for survival. The externalization of knowledge in human societies (relying on other sources and other people for information), as well as the division of labor, means that individual humans do not need to store or use all potentially useful information.

Thus, the experts hypothesize that increases in the complexity of human societies, along with increased labor division may have favored a decrease in brain size.

“We propose that this decrease was due to increased reliance on collective intelligence, the idea that a group of people is smarter than the smartest person in the group, often called the ‘wisdom of the crowds,’” explained Dr. Traniello.

“We look forward to having our hypothesis tested as additional data become available,” said Dr. DeSilva.

Their paper is published in the journal Frontiers in Ecology and Evolution.