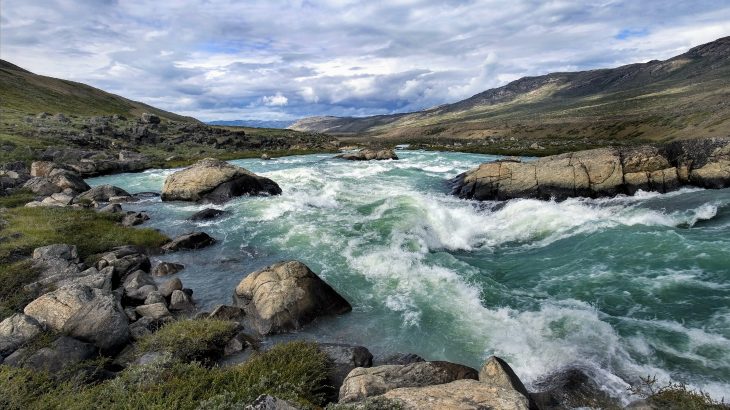 Arctic rivers heat up the ocean and shrink sea ice

In a new study from the University of Alaska Fairbanks, researchers have found that rivers are dumping heat into the Arctic Ocean that is melting sea ice and warming the atmosphere. The study has revealed that Arctic rivers are contributing much more to the warming Ocean than they did in 1980.

The researchers report that the heat from Arctic rivers is responsible for up to 10 percent of the total sea ice loss that occurred from 1980 to 2015 over the shelf region of the Arctic Ocean. This loss is equivalent to about 120,000 square miles of ice with a thickness of one meter.

“If Alaska were covered by one-meter thick ice, 20% of Alaska would be gone,” explained study co-author Igor Polyakov.

When sea ice breaks up in the spring, rivers have the greatest impact. The warm water pours into the ice-covered Arctic Ocean and deteriorates the ice as it spreads underneath. After the sea ice melts, the warm water heats up the atmosphere.

The heat energy that enters the atmosphere is mobile, which means it can affect areas of the Arctic far from river deltas. According to the researchers, the most pronounced impacts were found in the Siberian Arctic, where several large rivers flow onto a shallow shelf region extending nearly 1,000 miles offshore.

The only river that is large enough to significantly influence sea ice retreat near Alaska is the Mackenzie River in Canada, but smaller rivers also contribute.

Polyakov said that rising global air temperatures will continue to warm Arctic rivers in the future. In a reinforcing feedback loop, the rivers and the Arctic Ocean will heat up, followed by accelerated sea ice retreat and atmospheric warming.

“It’s very alarming because all these changes are accelerating,” said Polyakov. “The rapid changes are just incredible in the last decade or so.”