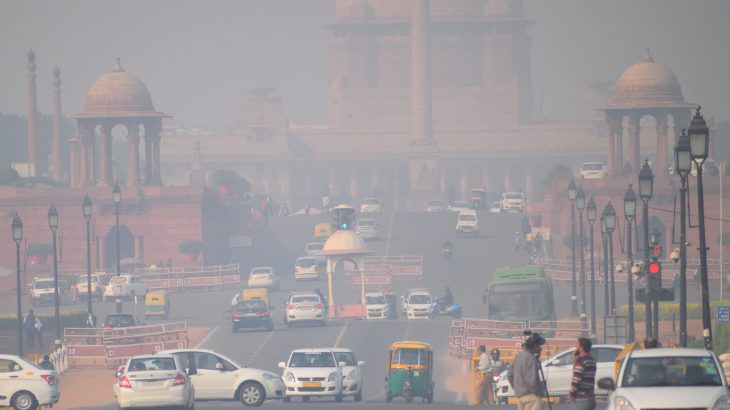 A recent report from Greenpeace and IQ Air AirVisual ranked the world’s most polluted cities, and the top 20 most polluted urban centers are all in India, Bangladesh, Pakistan, and China.

The report is just one among many that highlight Asia’s struggles with heavy, prolonged air pollution and the significant health risks posed to citizens through repeated exposure.

In many Asian cities, air pollution levels are well above recommended limits and officials are often criticized for not handling the pollution problem seriously or taking any real measures to limit fossil fuel emissions.

92 percent of people in the Asia Pacific Region are exposed to dangerous levels of air pollution, according to the World Health Organization.

Exposure to air pollution poses the biggest health risks to young children and infants, and pollutants decrease health and wellbeing as city residents in smog-ridden neighborhoods attempt to go about their day to day lives.

From 2017 to 2018, PM 2.5 pollutant levels, which are small enough to enter the bloodstream and aggravate the lungs, stayed mostly the same in India.

Some of the methods that countries are using to combat the smog include cloud seeding and deploying helicopters and drones to spray water throughout the city as water sticks to pollutants and can helps draw the contaminants to the ground and out of the air.

In China, cities are trying outdoor air purifiers and fans to help reduce pollution, but these measures are looked on by some as just a quick fix that won’t do anything to help limit emissions.

Some residents are even going so far as to buy bottles of canned air. During the winter, when pollution is at its peak, many people escape to tourist destinations like New Zealand and Japan, returning when the pollution and smog has cleared.

The problem is that not everyone has the luxury of leaving the country when pollution is unbearable, and as infrastructure and economies continue to grow in developing countries, the health risks of air pollution will also increase and cause more early deaths.