China and South Korea will use artificial rain to curb pollution • Earth.com 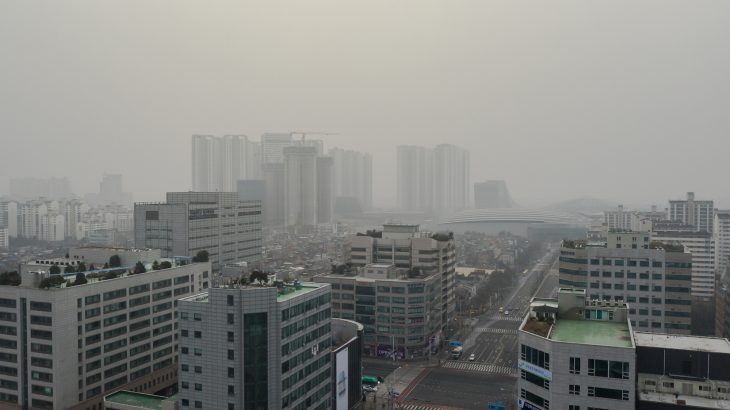 China and South Korea will use artificial rain to curb pollution

This week, air pollution in South Korea has reached alarming levels, and fine dust levels have reached a new high.

City residents are donning masks during their commutes, and social media posts of thick gray clouds covering South Korea have been likened to scenes from the dystopian cartoon movie Wall-E.

The dust levels have reached such a dangerous point that South Korean President Moon Jae-In recently announced a joint project with China to use cloud seeding to create artificial rain over the Yellow Sea to combat the pollution.

The National Institute of Environmental Research recently reported that dust level concentrations were 136 micrograms per cubic meter, which is 75 micrograms more than what the organization designates as “very bad” concentrations.

The risks to public health posed by pollution are well known, and millions of premature deaths worldwide are due to unhealthy levels of air pollution from car and factory emissions.

The floor leader of the conservative Liberty Korea Party, Na Kyung-won, called for Moon to label air pollution a national disaster, and an emergency meeting was held with both ruling and opposition parties in South Korea to deal with the problem.

President Moon’s spokesman Kim Eui-kyeom said that the president had ordered government officials to shut down coal-burning power plants that have been in operation for 30 years and ensure that schools and public buildings were well-equipped with air purifiers to help mitigate the threats of pollution.

Artificial rain is a big part of South Korea’s plans, which is where China and the Yellow Sea come in.

President Moon said that China had more advanced artificial rainmaking technologies, and by making it rain over the Yellow Sea which separates the two countries, both China and South Korea may benefit.