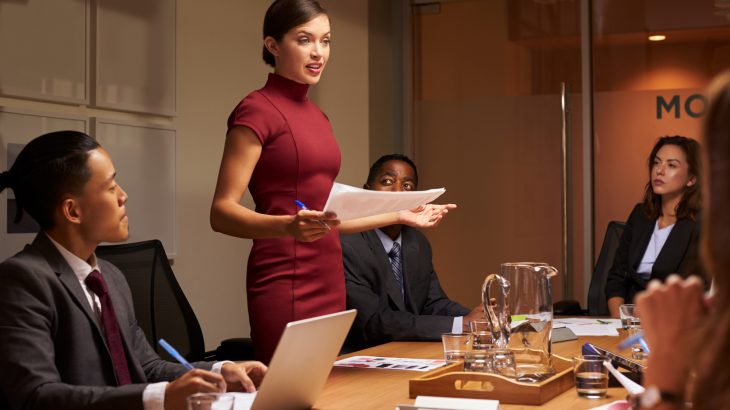 According to new research from Washington State University, female bosses and businesswomen are often perceived as dishonest and untrustworthy by her peers and employees. These findings are published in Sex Roles.

“‘Highly attractive women can be perceived as dangerous and that matters when we are assessing things like how much we trust them and whether we believe that what they are saying is truthful,” said lead author Leah Sheppard. “It becomes more nuanced when we look at gender. For women there are certain contexts in which they don’t seem to benefit from their beauty.”

Based on their experiments and conversations with both female and male study participants, the researchers believe that this distrust of attractive females in traditional “masculine” roles stems from a place of jealousy and sexual insecurity. Furthermore, evolution has made us subconsciously view attractive females as threats and liars who can steal away sexual partners.

For their experiment, researchers pulled images from a “professional woman” Google search and asked participants to rate their attractiveness.

Then, researchers asked 198 participants, both male and female, who they would believe more — a female or male boss — who is delivering bad news from the company. Both men and women agreed that they would be less likely to believe an attractive woman. And some participants even said that female bosses are more deserving of being fired compared to male bosses.

However, when researchers told participants to think of a time when they felt most secure in a romantic relationship, meaning their partner was ‘faithful and committed to them alone,” their opinions toward attractive female bosses shifted. Being more sexually secure, the attractiveness of a female boss no longer played a role in the perception of being trustworthy.

“[Attractive women are] going to be challenged in terms of building trust,” Sheppard said. “That’s not to say that they can’t do it. It’s just that trust is probably going to form a bit more slowly.’”