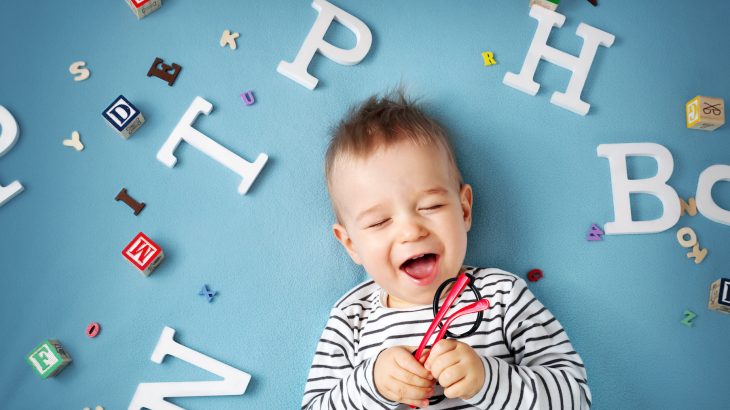 The string of nonsense sounds that make up an infant’s speech, commonly known as babble babble, could actually be used to indicate future reading comprehension, according to a new study.

Researchers from Florida State University conducted the research which was published in the journal PLOS ONE.

Children who have problems identifying letters are more at risk of developing issues with literacy and reading impairment, but there aren’t any early signs at infancy that could help caregivers work with children to improve future reading ability.

The researchers wanted to examine if baby babble, which showcases an infant’s language capabilities, could be used to indicate future literacy.

Nine infants from English-speaking families in the United States between 9 and 30 months of age were observed for the study.

The researchers recorded the infant’s babbling as the children interacted with their primary caregivers and took note of the ratio of consonant to vowel use, which has been shown to measure complex speech capability in infants.

After several years, the researchers went back to observe letter identification in the children when they had reached age 6.

The team found that the children who had exhibited complex babble were more apt at letter identification and performed better in reading tests.

It’s important to note that the sample size for the study was small and so there are limitations to the study’s results, but the researchers say that future research could aid in the early identification of reading problems.

This, in turn, could help parents and professional find methods to improve literacy skills at a critical juncture in a child’s development.

“This paper provides exciting data to support an early and robust connection between speech production and later literacy skills,” said Kelly Farquharson, the lead author of the study. “There is clinical utility in this work – we are moving closer to establishing behavioral measures that may help us identify reading disabilities sooner.”