Dog-assisted speech therapy found to be effective with children • Earth.com 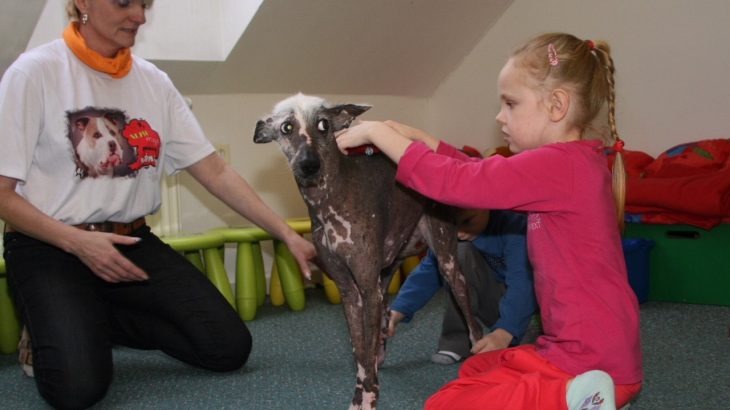 Dog-assisted speech therapy found to be effective with children

Researchers at Czech University have found that dog-assisted therapy may be more effective than standard speech therapy for children. The study revealed that patients with developmental dysphasia were more successful in mimicking vocal signals in a therapy session where a dog was present.

The experts discovered that the children were more motivated and open to communicating in the company of a therapy dog. The researchers also noted that the kids displayed more authentic and natural expressions during their interactions with the animals.

“The presence of the dog improves the relationship with the therapist, as it distracts from the fear of therapy in children and provides them with a form of support during the practice,” said study lead author Kristýna Machová.

The study, which is the first long-term randomized study of its kind, was focused on 69 nursery-school children who were diagnosed with developmental dysphasia. This is a common language disorder that makes it difficult for individuals to formulate words and to understand spoken words.

The goal of the research was to investigate whether speech therapy results may be improved in the presence of a dog. In both a control and an experimental group, the children were evaluated for a baseline measurement of speech and language skills prior to receiving speech therapy months later.

Improvements were observed in both groups, and the study authors explained that further research would be needed to consolidate the findings. However, the researchers still agree that there is great potential in a canine-assisted approach to therapy.

The study is published in the journal Anthrozoos.