Mini cameras give rare glimpse into when baby birds leave the nest • Earth.com 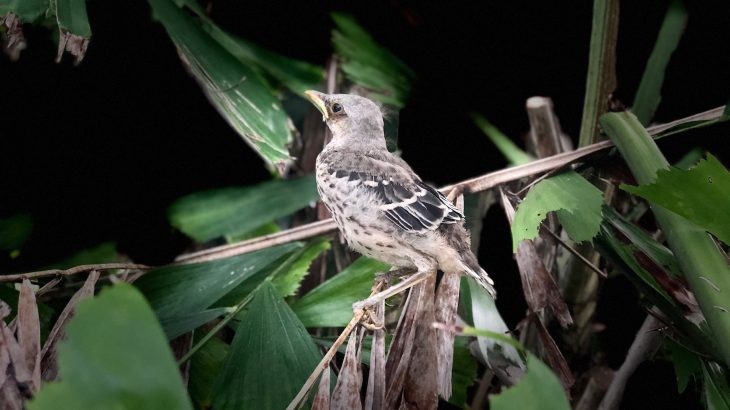 If you were a baby bird, when would you decide to leave the nest and attempt to fend for yourself? It may be tempting to stay in the nest as long as possible, but that actually increases predation risk – not to mention getting the stink eye from mom and dad. In the past, it has been difficult for scientists to determine when and why fledglings leave their nests, but a new study in The Auk: Ornithological Advances used miniature video cameras to monitor more than 200 grassland bird nests in Alberta, Minnesota, Wisconsin, and North Dakota to help determine fledgling behavior.

Christine Ribic of the U.S. Geological Survey and her colleagues tested two hypotheses about fledgling decision making. The first was that baby birds might leave the nest early in the day to increase the amount of time they have to find a safe spot to hide from predators before the sun sets. The other was that once their siblings begin to leave the nest, the other birds might want to nest longer in order to take advantage of reduced competition for the food their parents provide.

The researchers looked through their video data, and found that the larger the number of siblings in the nest, the longer it took for individual birds to fledge. This was consistent with the idea that some baby birds may stay longer to take advantage of increased opportunity for food. The videos showed that 20 percent of nests took over a day to completely finish fledging.

“It was exciting to see events naturally occurring in an area of avian biology where very little is known, and was only possible due to the use of video surveillance systems,” says Ribic. “It seems fledging is more complex than we previously thought. We were surprised by the span of time over which grassland bird species fledge, with some species starting to fledge in the early morning and others closer to noon, and by the frequency of fledgings that spanned multiple days.”

Overall, fledging behavior varied between species and varied over the course of the breeding season. Why this is remains unknown, but could be the subject of future studies.

“There are relatively few existing ideas for what influences the timing of nest departure by young birds, and Ribic and her colleagues put forth an interesting idea about the potential role of food availability in influencing fledging,” says T.J. Benson of the University of Illinois, an expert on bird nesting behavior who was not involved in the study. “Use of video technology to examine nest predation has become widespread, and this paper provides a great example of the other interesting aspects of breeding biology that can be examined in such studies.”