Puffins who have to migrate farther often struggle with breeding • Earth.com 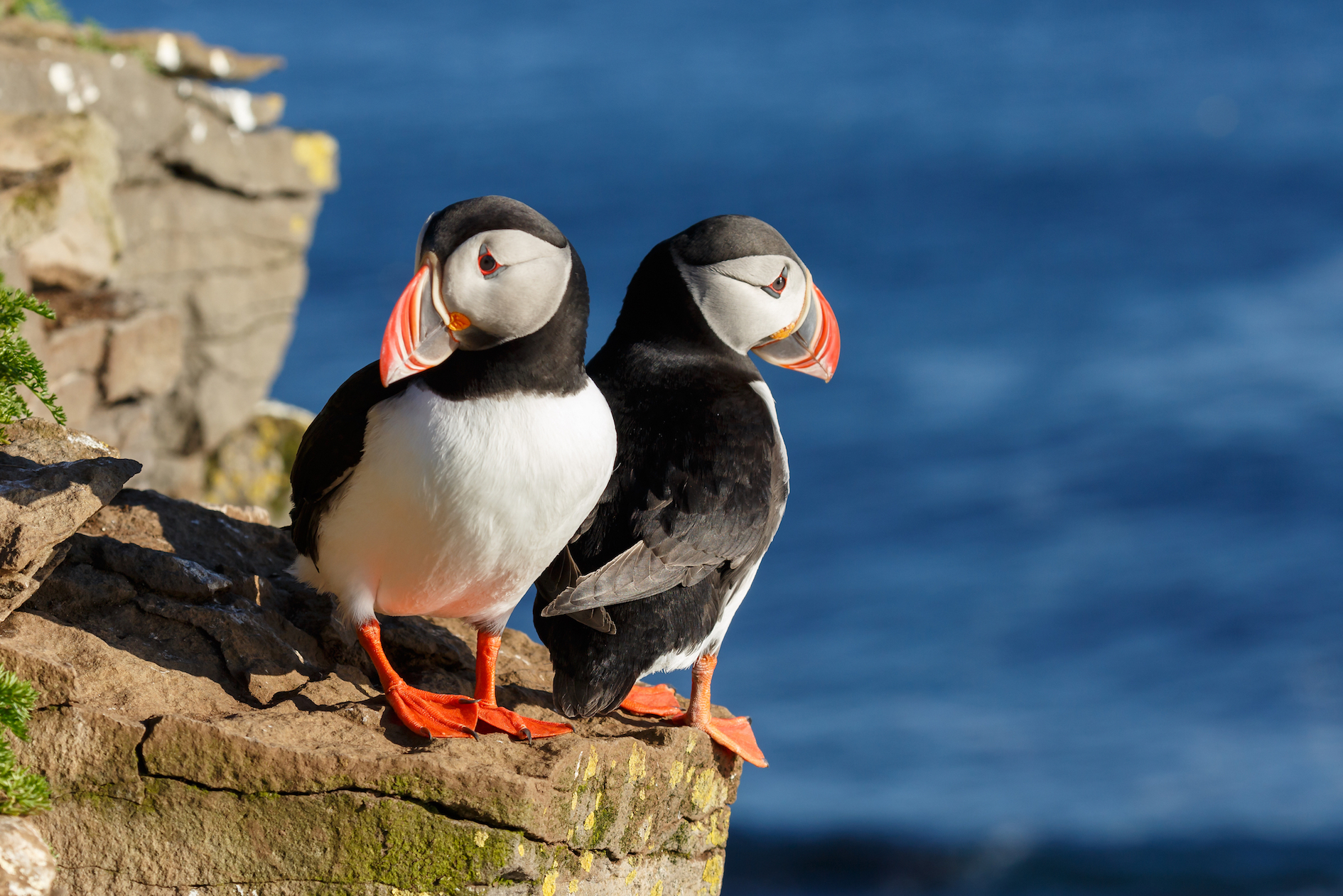 Puffins who have to migrate farther often struggle with breeding

Puffin colonies are a popular wildlife attraction, perhaps due to their unique, colorful look. Places like Iceland and Maine, where the Atlantic puffin resides, even offer puffin watching tours.

But despite their popularity, puffins now face population declines and many puffin species are now threatened.

Now, a new study has found that puffins who travel further distances during the winter are at a disadvantage for breeding the following spring.

The study was conducted by an international team of researchers from the University of Oxford’s Department of Zoology who examined puffin migration across a wide range of puffin colonies.

The study, published in the journal Current Biology, is the first of its kind to take such an expansive look at multiple seabird colonies in order to understand puffin migrations.

According to the lead author of the study, Dr. Annette Fayet, previous research focused on individual colonies and all but ignored puffin colonies in Norway or Iceland, which is why this study is so monumental.

The researchers observed seasonal behaviors in multiple puffin colonies over a span of eight years.

The researchers collected data on 270 individual birds in total and were able to identify the motivations behind those behaviors.

Some puffin colonies in the United States travel shorter distances during the winter, but other puffins, like the Irish puffin, migrate much further, traveling across the Atlantic Ocean.

“Our large dataset also allowed us to tackle the big question of what drives avian migration – something we could not have achieved with a smaller sample,” said Dr. Fayet.

The researchers found that larger colonies or habitats that have scarce resources in the winter are the major motivators for migrating further distances.

Even though these further migrations may aid the puffins in surviving the winter, it takes a great toll on the bird’s energy. The puffins that travel further have a greater risk of unsuccessful breeding the following year.

The results of this study could apply to many other migratory species, and understanding how migration affects the health and survival of a species could help with conservation efforts.

“If we as conservationists want to help these species to survive we need to look at what we can do to support them during the winter season as well as the summer months,” said Dr. Fayet. “With this in mind, it may be a good idea to implement protected areas in seabird winter hotspots such as the area south of Iceland and Greenland.”