Baby sea turtles are dying at a shocking rate from plastic ingestion • Earth.com 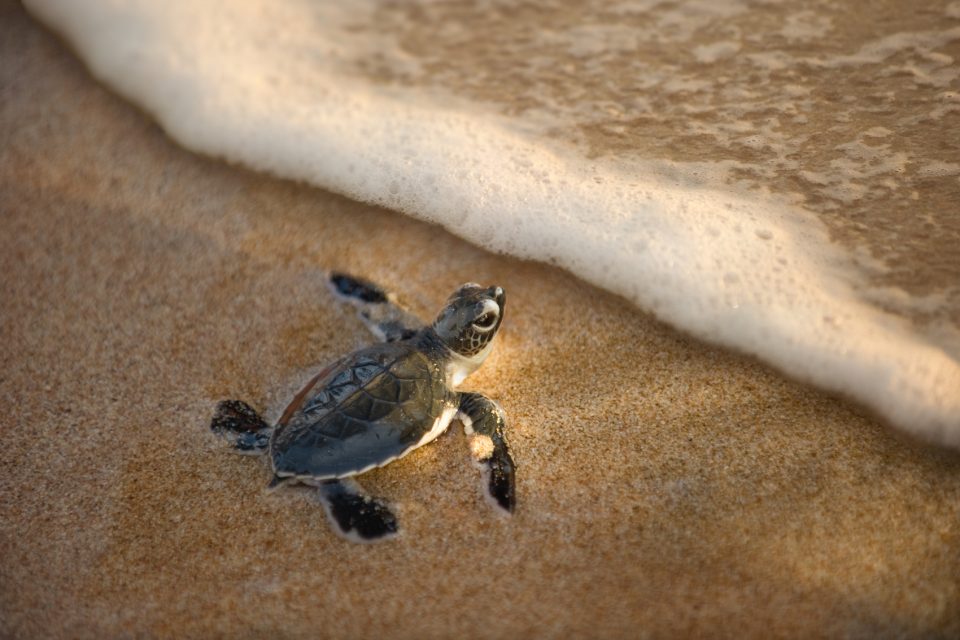 “Debris ingestion can have a range of effects from a benign response, where items simply pass through the gastrointestinal tract, to lethal effects caused by gut impaction or perforation,” wrote the researchers.

“While ingestion may occur as a result of indiscriminate feeding and simply be a function of what sea turtles encounter in their environment, recent analyses suggest that plastic physically resembling turtles’ natural food is ingested at a higher rate than other types.”

The research team examined the relationship between the amount of plastic a turtle has ingested and the likelihood of death. They used animals that died of known causes unrelated to plastic ingestion as a control group.

“We found a 50% probability of mortality once an animal had 14 pieces of plastic in its gut,” wrote the study authors. “Our results provide the critical link between recent estimates of plastic ingestion and the population effects of this environmental threat.”

Smaller sea turtles not only have weaker bodies, but also feed in offshore surface waters, which are more likely to be contaminated with large pieces of plastic debris.

“The accumulation and persistence of plastic debris in the marine environment is of increasing concern,” explained study co-author Dr. Denise Hardesty.

“An estimated 4.8 to 12.7 million metric tons of plastic debris entered the world’s oceans from land-based sources in 2010 alone, with this input likely to increase exponentially into the future.This poses a considerable threat to marine life, primarily through entanglement and ingestion.”

The study was focused on many species of sea turtles, including loggerheads, green turtles, leatherbacks, and hawksbills. Of the 246 turtles that were examined, the researchers found that 54 percent of post hatchlings, 23 percent of juveniles, and 16 percent of adults had eaten plastic.

“Globally, it is estimated that approximately 52 percent of all sea turtles have ingested plastic debris,” said Dr. Hardesty. “Plastic in the marine environment is a growing environmental issue. Sea turtles are at significant risk of ingesting plastic debris at all stages of their life-cycle with potentially lethal consequences.”