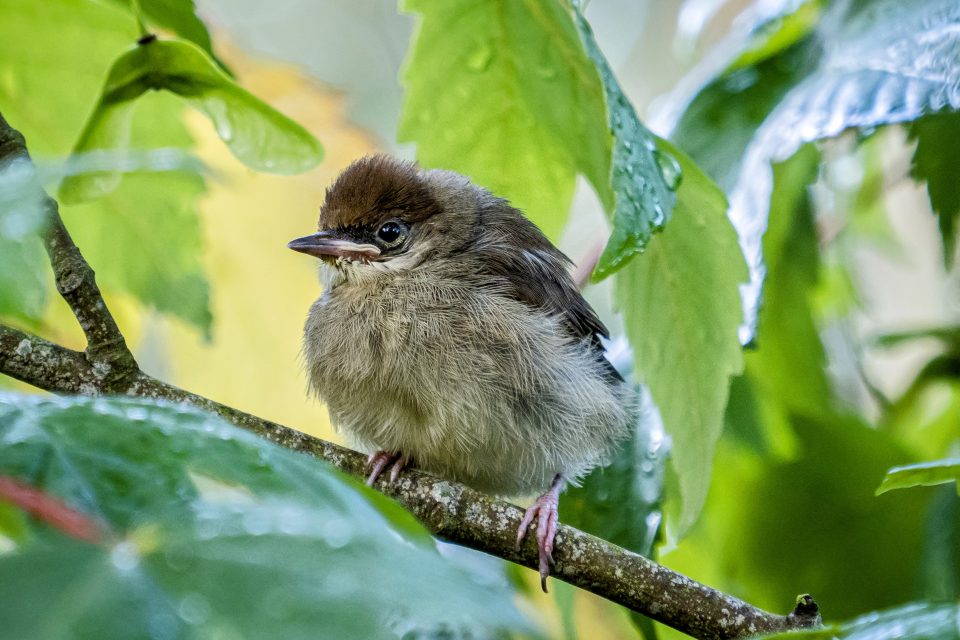 Eurasian Blackcaps have reversed their migrations as a result of backyard gardens and climate change, according to a new study from Cornell University.

Many Blackcaps, which breed across Europe, migrate south to the Mediterranean region and Africa after the breeding season.

However, with an abundance of backyard feeders and gardens offered by people across the United Kingdom and Ireland, some populations of Blackcaps have started heading north to the British Isles for the winter.

In addition to bird feeders and fruit-bearing plants, the Blackcaps are getting a boost from warmer weather associated with climate change.

“Many migratory birds are in decline, but the Blackcap seems to be thriving in a changing world,” said study lead author Benjamin Van Doren.

In collaboration with experts at Oxford University, the British Trust for Ornithology, and the Max Planck Institute, the researchers banded hundreds of birds at dozens of sites across the British Isles.

The team recruited citizen scientists to report sightings of the birds at feeders over the course of four winters. The experts also used geolocators to track several dozen individuals and follow their migrations throughout the year.

The study revealed that Blackcaps wintering in the British Isles move around much less than those that head south for winter. Birds that have reversed their migrations are also more likely to return to the same sites from one winter to the next. The difference could be the availability of food, according to the study authors.

“Birds that winter in the Mediterranean and Africa are primarily eating fruit and moving large distances to track local food abundance,” said Van Doren. “Blackcaps wintering in British and Irish gardens have a steady, predictable food supply, and as a result they move around a lot less.”

The Blackcaps seen wintering in the British Isles appear to be in better shape. The experts report that birds who frequent backyard gardens are in better body condition and maintain smaller fat reserves than individuals who embark on long southward migrations.

Furthermore, the birds were found to return from the north an average of 10 days earlier, which puts them at a major advantage.

There was evidence that backyard gardens may even be influencing the anatomy of Blackcaps. Those seen frequently in gardens had longer bills and more rounded wingtips. The researchers noted that these traits that may be linked to their more generalist diet and sedentary winter lifestyle.

“Our results show that individual Blackcaps have great flexibility in their movement patterns and how they respond to environmental conditions,” said Van Doren. “Species with this kind of flexibility will probably be better equipped to face environmental changes in the coming decades.”