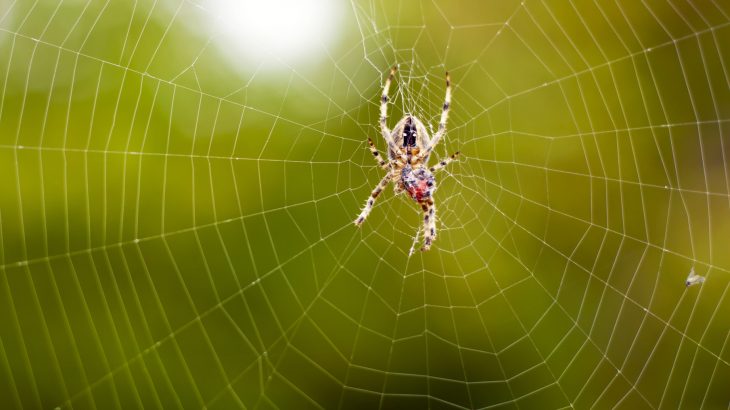 Which natural material is five times stronger than steel and can be stretched two to four times its original length, all while being finer than a human hair? If you answered spider silk – or at least “spider webs” – then you’d be correct. And while the potential applications for this material are tremendous, harvesting it is another matter altogether. Spiders only produce very small amounts of this silk, and when they’re grouped together, they have the bad habit of eating each other.

Luckily, a new method of bio-manufacturing may have come up with an answer for the silk-harvesting problem.

“My lab is interested in engineering microbes so that we can not only produce these materials, but make them even better,” says Fuzhong Zhang, Ph.D., the principal investigator of this project. “NASA is one of our funders, and they are interested in bioproduction. They’re currently developing technologies in which they can convert carbon dioxide into carbohydrates that could be used as food for the microbes that we’re engineering. That way, astronauts could produce these plant-based materials in space without bringing a large amount of feedstocks.”

Other projects have tried to pair silk proteins in plants, yeast, and even goats – but the end product has not measured up to the real thing. The researchers say one of the issues is that proteins in spider silk are encoded by long, repetitive sequences of DNA, which often breakdown in other hosts.

Zhang’s research involves implanting the proteins in bacteria, book-ended by protein sequences called split inteins, which are able to join with each other and cut out an exact protein replica. The results of this experiment were full-length proteins that – upon being removed from the bacteria – were purified, spun, and made into an exact match of spider’s silk.

Along with being used in space by NASA, this non-spider silk could be used in manufacturing bulletproof Kevlar vests and surgical sutures. The researchers are currently refining the process while also beginning to work on other materials, one of which is a protein found in mussels that could be used as an underwater adhesive.