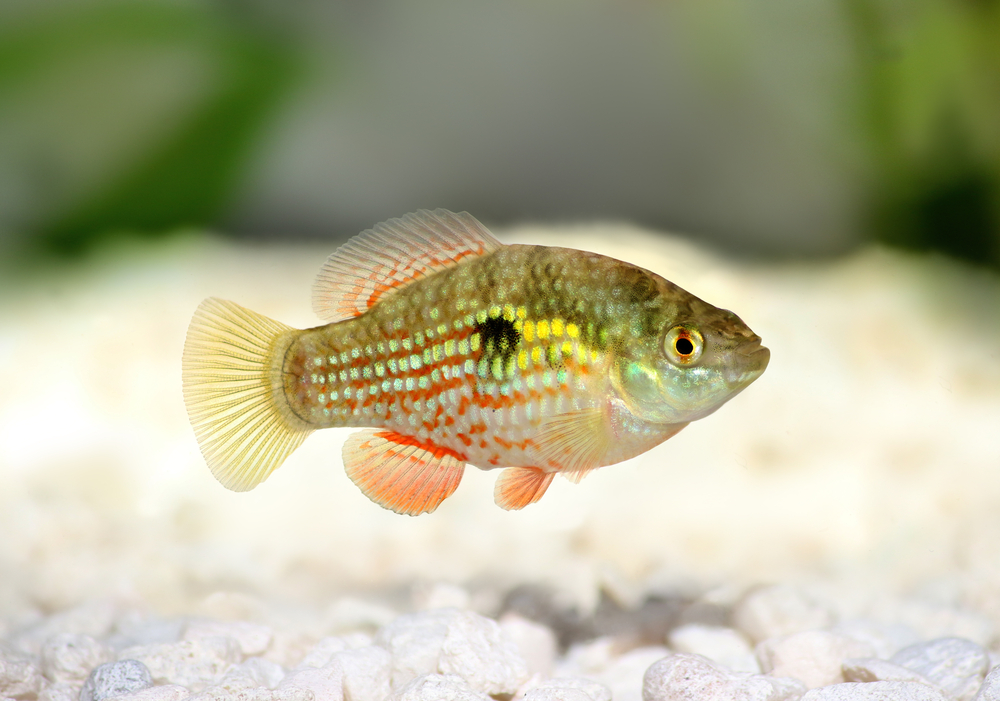 San Salvador Island in the Bahamas is famous for its beautiful sandy beaches and stunning shallow water reefs. But further inland, the island boasts an incredible array of wildlife diversity. In particular, the saltwater lakes of San Salvador are home to a massive number of fish species, including three different Bahaman pupfish. And according to a recent study, genetics are behind the extraordinary specialization seen in the waters of San Salvador.

Over the past 10,000 years, the Bahaman pupfish have developed specialized jaws with a beak shaped to consume specific seeds. As a result, they have evolved into three different species of pupfish with jaws capable of monopolizing different foods, including snails, algae, and smaller fish.

A team of scientists from the University of North Carolina at Chapel Hill, led by head researcher Christopher Martin, set out to determine the root cause of this level of specialization. The team reported their findings in an article published in the journal Molecular Biology and Evolution.

The team took nine populations of pupfish representing each of the three species and sequenced 37 genomes from each. 12 million single DNA mutations, otherwise known as single nucleotide polymorphisms or SNPs, were identified pointing researchers to several gene candidates associated with jaw size.

“Overall, we uncovered very few regions with single SNPs fixed between species that were also strongly associated with divergent jaw sizes,” said Martin. “Many of these regions contained only a single gene with known effects on skeletal development in model organisms.”

While the study explains the genetic background of the Bahaman pupfish specialization, it remains unknown why this phenomenon is occurring in San Salvador but not elsewhere.

According to Martin, “Answering this question will require continued exploration of the ecological and genetic factors shaping this exceptional case of rapid ecological specialization. So far, the usual suspects — lake area, ecological and genetic diversity — do not seem to provide the trigger of adaptive radiation as is commonly assumed. Instead, the answer seems to be far more complex and interesting than we ever imagined.”