Famously resilient baobab trees have been dying off • Earth.com 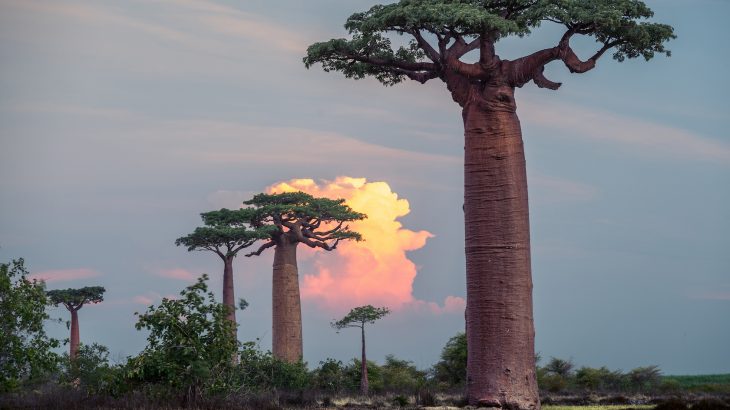 Famously resilient baobab trees have been dying off

The biggest and oldest of Africa’s baobab trees are dying off, and it’s most likely due to climate change, according to a new study.

Baobab trees are some of the oldest living trees in the world and can live for thousands of years.

Their trunks are hollow, and the trees can get so big that they have been used as storage sheds, a prison, and even a bus shelter, according to South Africa’s Kruger National Park Website.

Besides their iconic shape, with a tuft of root-like branches bursting from the top making it seem like the tree is upside down, baobab trees are also incredibly resilient which makes it especially alarming that so many are dying off.

An international team of researchers led by the Babes-Bolyai University in Romania noticed a troubling trend with Africa’s baobab trees and conducted a study to investigate why some of the trees were dying.

The study was published in the journal Nature Plants, and it would seem that temperature increases due to climate change are to blame for the baobab tree declines.

The researchers focused on the oldest baobab trees and used accelerator mass spectrometry to carbon date the trees, according to CNN. The team found that the oldest and largest trees are the ones dying off.

Over the past 12 years, nine of the oldest baobab trees surveyed and five of the largest have either died or are partially dead.

“Of the oldest trees that we’ve looked at in Southern Africa, the three trees that are older than 2,000 years, in the last 10 years, they’ve all died,” Stephen Woodburne, a member of the research team and senior scientist at iThemba labs in Johannesburg, told CNN. “Of the 11 trees that are in that age 1,000 to 2,000 years, six of them have died.”

The researchers can’t say for certain what is driving the deaths, but it is not a disease or epidemic.

While the baobab has withstood harsher conditions, the researchers think that because climate change is causing rapid changes in temperatures, climate, and precipitation, the trees are not able to adapt and recover to the temperature extremes.

“When it comes to explaining exactly what is killing the baobabs … my suspicion is that we’re dealing with one of the fastest warming areas on the earth and the combination of drier conditions with hotter conditions is something that the baobabs are not coping with,” said Woodburne.