The molecular basis of life may have first emerged in interstellar clouds • Earth.com 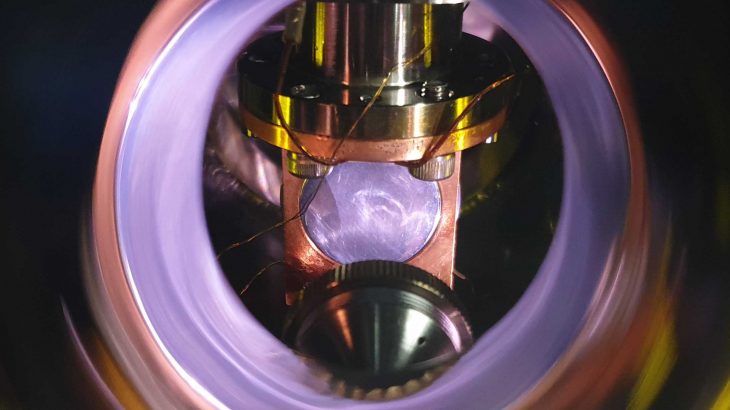 Nitrogen-containing compounds called nucleobases are the essential building blocks of DNA. In a new study from Hokkaido University, scientists have found evidence that nucleobases may have originated in gaseous clouds that are scattered between stars. For the first time, the compounds have been detected in a simulated environment.

“This result could be key to unravelling fundamental questions for humankind, such as what organic compounds existed during the formation of the solar system and how they contributed to the birth of life on Earth,” said study lead author Yasuhiro Oba.

Scientists have already detected some of the organic molecules necessary for life in gaseous clouds, as well as in comets and asteroids. The molecules may have reached Earth through meteorite impacts four billion years ago, providing the basis for life. If scientists can gain a better understanding of how these molecules initially formed, they can gain valuable insight into life’s mysterious origin.

The most basic structural units of DNA and RNA, known as nucleotides, contain a nucleobase, a sugar, and a phosphate group. Previous studies that imitated the conditions of interstellar clouds have identified the presence of sugar and phosphate, but nucleobases were not detected. Oba’s team has now used advanced analytical methods to detect the fundamental nucleobases in a simulated interstellar cloud environment.

Experimenting in an ultra-high vacuum reaction chamber, the researchers continuously pumped a gaseous mixture of water, carbon monoxide, ammonia, and methanol onto a cosmic-dust analogue at a temperature of -263° Celsius. When ultraviolet light was used to induce chemical reactions, an icy film developed on the dust analogue.

The chamber was warmed to room temperature, and a high-resolution mass spectrometer was used to analyze the film. Combined with the use of high-performance liquid chromatography, the experts detected the presence of the nucleobases cytosine, uracil, thymine, adenine, xanthine, and hypoxanthine. They also detected amino acids, which are the building blocks of proteins, and several kinds of dipeptide.

The team speculates that nucleobases were also present in past experiments which simulated interstellar molecular cloud environments, but that the analytical tools used were not sensitive enough to detect them. “Our findings suggest that the processes we reproduced could lead to the formation of the molecular precursors of life,” said Oba. “The results could improve our understanding of the early stages of chemical evolution in space.”