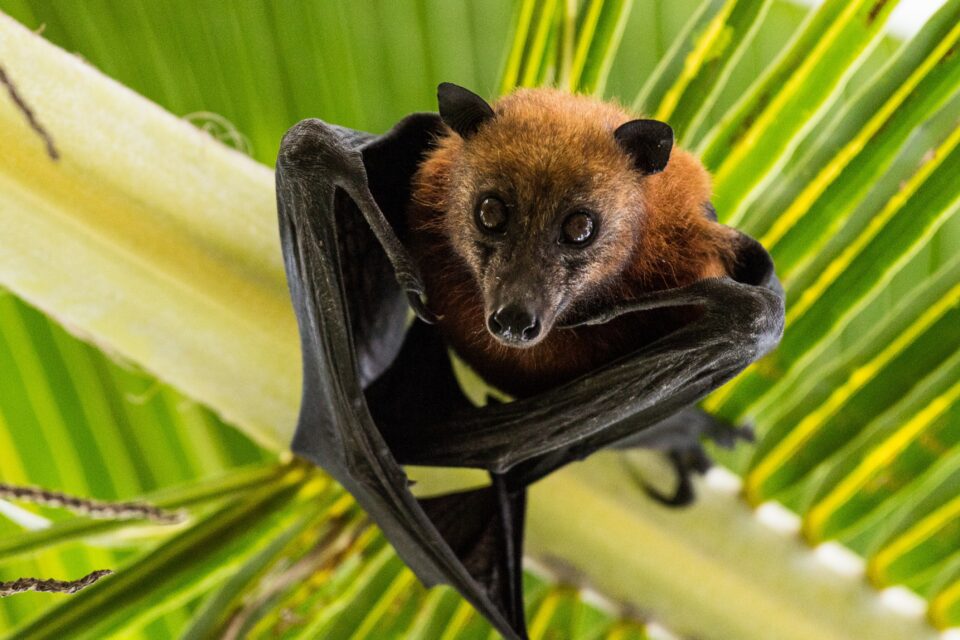 Known locally as kuluva, the Fijian Dillenia biflora trees have long been a mystery to scientists aiming to understand their position in the evolutionary tree of flowering plants and the way in which they were pollinated. Until recently, the Dilleniaceae plant family was believed to offer no nectar rewards and be pollinated mainly by bees. However, a new study led by the University of South Australia (UniSA) has found that blossom bats (Notopteris macdonaldi) play a fundamental role in the pollination of these plants.

“We discovered that the kuluva flowers never opened on their own, and instead were being pulled off by blossom bats that were after the sugar-rich nectar inside,” said study lead author Sophie Petit, an expert in Pollination Ecology at UniSA.

“The bat lands on a whorl of leaves, removes the corolla, and licks the nectar, covering its nose with pollen in the process. The pollen on the bat is then transported to other flowers of the same species, which are pollinated and produce fruits containing seeds.”

Since kuluva flowers are mature and receptive for one night only during their life cycle, they just have one chance of being pollinated. By removing their corollas – which would otherwise remain forever closed – blossom bats are fundamental for their reproduction.

These findings highlight the need to understand the co-dependence of different species. In this particular case, without blossom bats, some Dillenia trees may not survive – while without these trees, some endangered bat species may become extinct.

“Our discovery has the potential to facilitate the conservation of several threatened tree and bat species across countries,” said Professor Petit.

“In Fiji, blossom bats are a threatened species. Given that 70 percent of the bats’ dietary samples contained kuluva, it’s obvious that the bats rely heavily on this tree for food. Considering the threatened status of several Dillenia species in different countries, their potential association with bats needs urgent attention, particularly since so many bat species are also threatened.”

“We are currently establishing collaborations in other parts of the Dillenia range. Urgent conservation action is needed, and many nocturnal discoveries await. It’s time for botanists and ecologists to stay up late!”