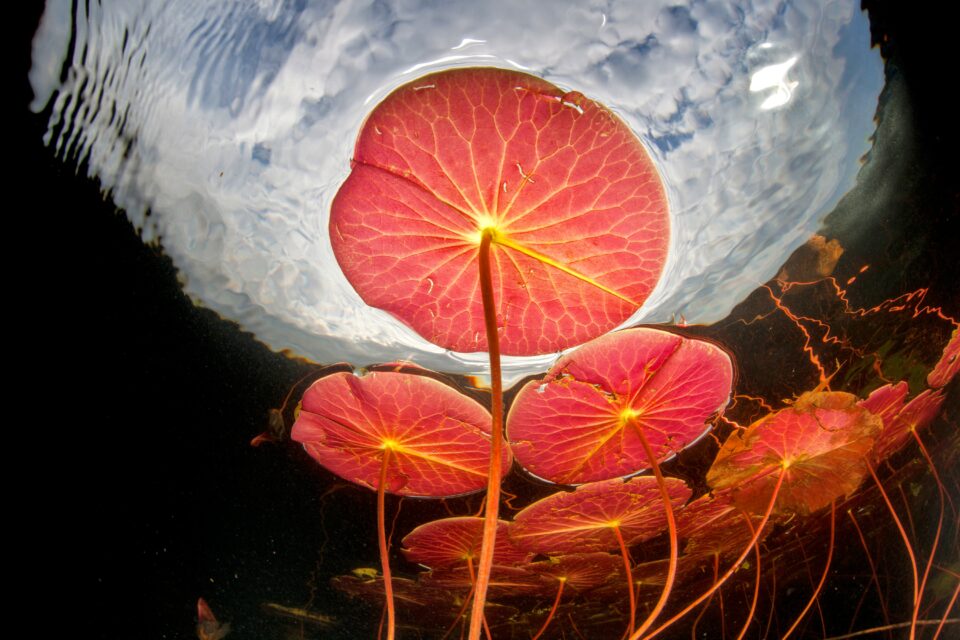 Floods and droughts are the main environmental disasters that are driving crop failures worldwide, and they have become increasingly frequent due to climate change. A new study led by Nagoya University has found that wetland plants have a high tolerance against flooding due to their capacity to form “lysigenous aerenchyma” – air channels that transfer gases to the roots. These channels appear to help plants withstand droughts and nutrient deficiency too.

During flooding, plants roots are cut off from oxygen and other gases crucial for their survival. In response to this, the plants create air pathways connecting the submerged parts of the plant to the regions above water, which, similar to a snorkel, help the plants “breathe” by transporting vital gases to the submerged roots. In addition, by reducing the energy requirements for the breathing process, these channels can also help plants conserve energy during extreme conditions related to droughts or nutrient deficits.

The scientists discovered that a phytohormone called “auxin” is needed for the formation of aerenchyma during normal root growth, and identified two factors causing the formation of these channels in response to flooding. When the roots are submerged underwater in aerobic conditions, restrictions to gas exchanges cause ethylene to accumulate in the roots, which leads to the production of respiratory burst oxidase homolog (RBOH), an enzyme responsible for reactive oxygen species (ROS) production. In its turn, released ROS triggers cell death in the plant tissues, forming cavities for the passage of gases.

Although aerenchyma are mostly associated to plants that have adapted to soils rich in water, they can also develop in plants exposed to droughts or suffering from nutrient deficiencies. Low concentrations of nitrogen and phosphorous (nutrients that are crucial for plant growth) can increase ethylene sensitivity, stimulating the formation of aerenchyma.

Understanding the formation of these vital pathways could open up the possibility of improving crop resilience and paving the way for increased food security in the wake of climate change.

“If we can genetically control the timing and amount of lysigenous aerenchyma formation in roots of all agronomically important crops, such as maize, wheat and soybean, the global crop production loss could be dramatically reduced,” explained study co-author Dr. Mikio Nakazono, an expert in Plant Abiotic Stress Tolerance at Nagoya University.