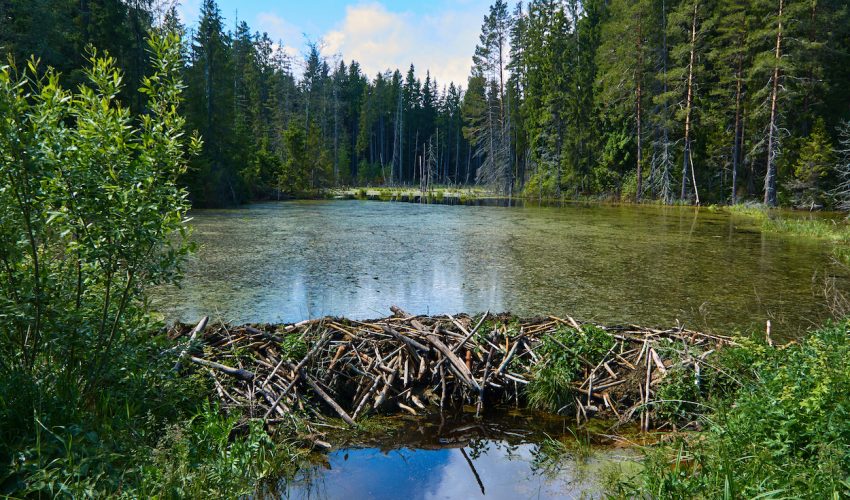 Although previous research has suggested that beaver dams raise stream temperatures, the study by Nicholas Weber from Eco-Logical Research, Inc., USA and colleagues found the opposite. They monitored water temperatures along 34 kilometers of the John Day River in Oregon over eight years and assessed the impact of artificial beaver dams on water temperature along four reaches of Bridge Creek.

Juvenile steelhead salmon in Bridge Creek experience extreme stress at about 25°C, and the researchers found that maximum daily temperatures in much of the study stream exceed this temperature for much of the summer.

But temperatures rarely exceeded 25°C after the proliferation of beaver dams, possibly because they dams help moderate temperatures both by increasing water storage and encouraging surface water and groundwater exchange. Beavers and salmon were once more abundant and widely distributed in North America, and beaver dams could help mitigate the thermal degradation that can threaten sensitive species, according to the study published in the journal PLOS ONE.

“Beaver are often considered a keystone species, and their propensity to build dams plays an integral role in maintaining biodiversity and enhancing aquatic processes that benefit an array of aquatic and terrestrial organisms,” Weber said. 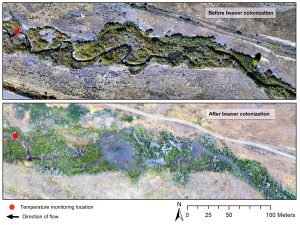