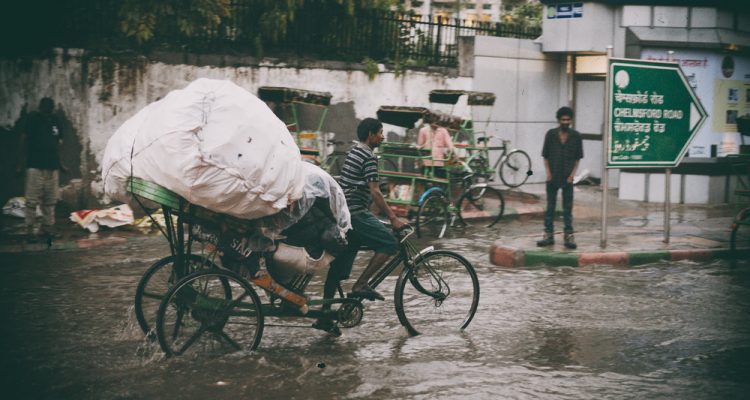 Groundwater depletion has been a big topic in India in recent years, with most discussion focused on agricultural and urban pumping. But changing monsoon patterns may have just as much to do with depletion as human use, a new study has found.

Monsoons bring heavy rainfall to India and other parts of southern and southeast Asia every summer, generally between July and September.

However, water temperatures in the Indian Ocean have gone up in recent years.

Scientists with the Indian Institute of Technology Gandhinagar have linked these higher temperatures with changing monsoon patterns, and the monsoons with fluctuations in groundwater storage.

“Declining precipitation in northern India is linked to Indian Ocean warming, suggesting a previously unrecognized teleconnection between ocean temperatures and groundwater storage,” the researchers wrote in the new study.

Throughout India, groundwater storage is an essential link of the country’s water supply chain. Groundwater basins store water from rainfall and surface water, such as from lakes and rivers, underground. Wells and pumps access this stored water for human use.

But as monsoons bring less rain to northern India, less water is being stored underground. Between 2003 and 2012, groundwater storage declined at a rate of about a centimeter per year, the scientists found. At the same time, that region relies on groundwater more than ever for agricultural irrigation, to make up for the lower rainfall.

In southern India, however, groundwater storage actually went up by 1 to 2 cm per year, the researchers discovered.

The scientists with IIT hope their new study will help groundwater managers better predict how much water monsoons will bring, and manage stored groundwater use more sustainably.