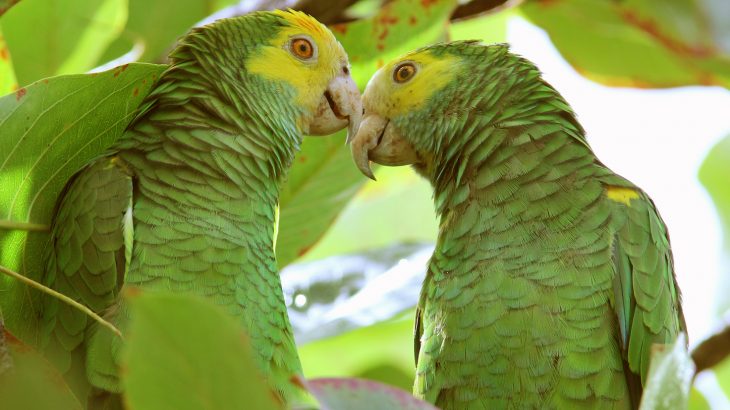 Behavior change campaigns found to be an effective conservation tool

As wildlife continues to dwindle across the world at alarming rates, social marketing campaigns are increasingly being used to help wild species. While these campaigns are a common tool for wildlife groups, there has been little research into their effectiveness. But now, a newly published study examines the effects of a social marketing campaign on human behavior and conservation outcomes.

Wildlife social marketing campaigns seek to address the connection between consumer behavior and wildlife conservation. Consumers can play a huge role in wildlife protection efforts by simply choosing to reject products or activities that result in negative outcomes for wild animals.

Campaigns to educate consumers on wildlife attractions such as circuses and marine mammal shows have already resulted in steep drops in attendance to these events. Similarly, a survey of Chinese consumers found that half of past ivory buyers have stopped buying the product. The survey also found that 62% of persistent buyers of ivory were willing to reconsider their future purchases, suggesting that future social change campaigns in China have the potential to change consumer behavior.

The new study, entitled Qualitative impact evaluation of a social marketing campaign for conservation and published in Conservation Biology, examined the long-term effects of a 1998 campaign on the Caribbean island of Bonaire that aimed to increase the population of the Yellow-shouldered amazon, a threatened parrot species.

According to the International Union for the Conservation of Nature, the main threat to the species is poaching for the pet trade where the species is “widely exploited”. Before the “Rare Pride” campaign there were more Yellow-shouldered amazons in captivity than in the wild in Bonaire. The population has since increased from 294 individuals in 1998 to 1,023 in 2018.

The organization Rare has implemented “Rare Pride” campaigns in over 30 countries. The “Rare Pride” campaigns use a variety of marketing tools such as posters, songs, fact sheets and church sermons. These campaigns work by not only educating the consumers about the issue but also by turning flagship species into a symbol of local pride. This connects the consumers directly to the issue and provides them a reason to change their behaviors.

According to Rare, “Human behavior is the root cause of every major conservation and development challenge. Therefore, changing how people behave is the single most important thing we can do to ensure nature’s survival. Since people are emotional beings, we can leverage emotions—such as pride—to drive people toward action and unleash transformative change.”

The researchers found decreases in poaching and demand for the Yellow-shouldered Amazon with an associated increase in population after the Rare Pride campaign.

“Decreases in poaching and demand were likely driven by a combination of law enforcement, social marketing (including the Rare campaign), and environmental education in schools,” the researchers state.

Social marketing campaigns have also been effective in other countries such as Australia. A 2014 study examined the conservation impact of a Melbourne zoo-based education campaign aimed at addressing the palm oil industry’s effect on orangutans and creating public support for mandatory labeling of palm oil on food products.

Social marketing campaigns have the potential to create wide-scale consumer behavior change. These campaigns can be especially useful in areas where legislative change is unlikely to occur or legislative changes make a limited impact, such as with the elephant ivory trade.