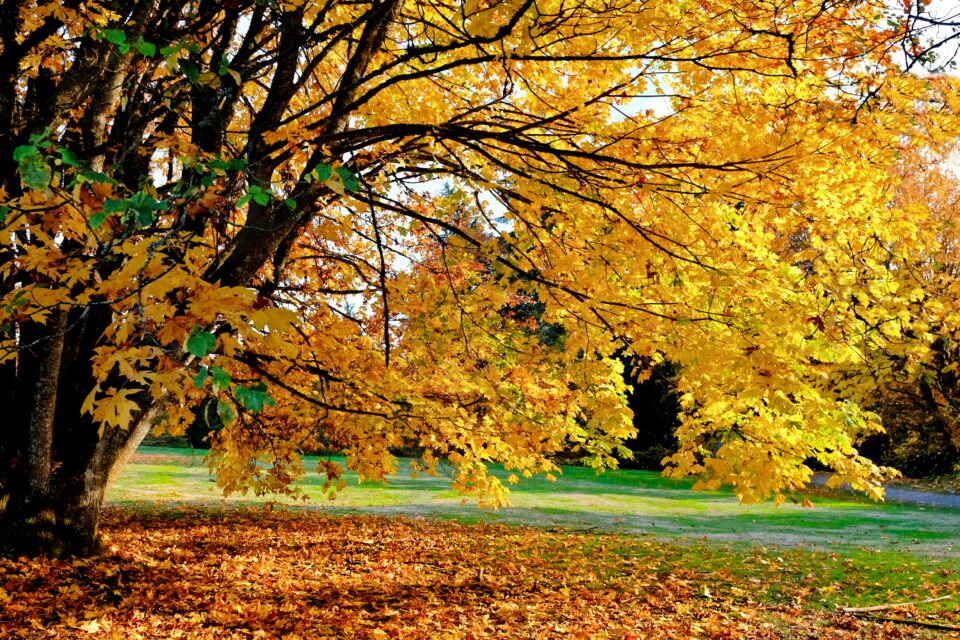 The Bigleaf Maple is a tree native to the wet forests of the Pacific Northwest, famous for hosting leaves that can grow to an unbelievable 1.5 feet in width. However, new research from the University of Washington predicts a bleak future for the Bigleaf Maple.

Hikers, residents, and scientists have observed an increasing number of stressed and dying Bigleaf Maples since 2011. The new study has concluded that the root cause of this decline is the increasingly hot and dry summers in Washington, ultimately weakening the tree immune systems.

“These trees can tolerate a lot, but once you start throwing in other factors, particularly severe summer drought as in recent years, it stresses the trees and can lead to their death,” explained study co-author Patrick Tobin, associate professor in the UW School of Environmental and Forest Sciences.

While climate change is an obvious culprit for the change in Washington’s climate, the study found that human development is another key contributor. The research showed that the Bigleaf Maples are significantly less likely to survive in hot urban areas, near roads, and other man-made structures.

“Managing, protecting, and utilizing our urban and wild ecosystems in the face of climate change and human population growth is and will continue to be one of the major challenges facing us,” stated lead author Jacob Betzen, a biological technician with the U.S. Forest Service.

The researchers revisited 36 roadside and 59 pastoral sites of Bigleaf Maples, collecting soil, leaves, stems, and tree cores from locations that had previously been sampled in 2014 and 2015. Tree cores allow scientists to analyze the age, weather history, and growth rate of trees without cutting them down, a process that showed that over a quarter of the 95 trees were declining rapidly.

“These results show that summer heat and drought impact the health of iconic tree species of Washington, like bigleaf maple, even in Western Washington, a region known for abundant precipitation. Health impacts to our forests and tree species are likely to continue as we have increased periods of drought each year,” said co-author Amy Ramsey, an environmental planner and forest pathologist with Washington DNR.

Whilst it is likely too late to prevent the already rising heat and dryness of summers in Washington, Betzen and his co-researchers hope that the findings will encourage conservation efforts. Preventing the urbanization of suitable forest habitats, using seed stock better, and treating Bigleaf Maples already present in urban areas all present themselves as potentially effective conservation methods.

The research is published in the journal Forest Ecology and Management.