Biodiversity hotspots are shrinking in the Andes mountains • Earth.com 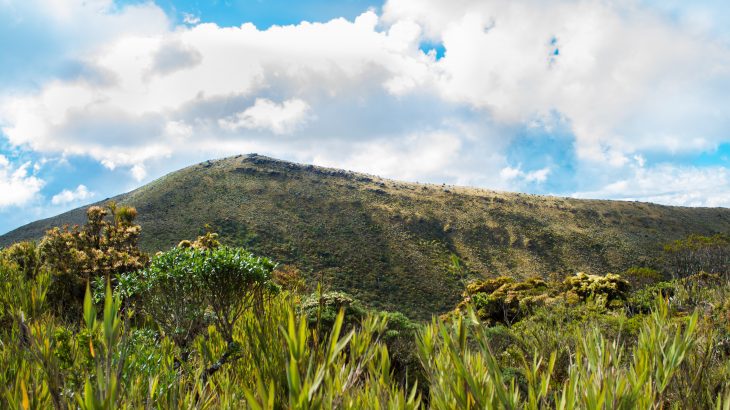 A new study published by Frontiers is one of the first of its kind to investigate how plants and animals in the Andes will respond to both human activities and the impacts of climate change. The researchers found that high-elevation biodiversity hotspots will be substantially reduced over the next three decades without urgent intervention.

Global warming is forcing many plants and animals to seek higher ground to find cooler habitats. However, there is only so far up that species can migrate.

In the Andes, many tropical species thrive in communities that sit above the treeline yet below the permanently frozen mountaintops. These high altitude biodiversity hotspots are known as páramos, or sky islands.

The most diverse species found in the páramos are relatives of the sunflower in the genus Espeletia. Beyond supporting an abundance of species, human populations rely on these ecosystems as well.

“Páramos are one of the fastest evolving biodiversity hotspots on earth and they are one of the most threatened,” said study co-lead author Dr. Andrés Cortés of the Colombian Corporation for Agricultural Research. “Páramos are also the main water supplier of wetland ecosystems and densely populated areas, hence, disregarding the future of the Páramos may jeopardize overall food and water safety in the northern Andes.”

Over millions of years, the high-altitude plants that inhabit the sky islands have adapted to extreme fluctuations in temperature, water availability, and sunlight exposure. There are now over 3,000 plant species throughout the South American páramos, which have become the fastest growing ecosystems in the world. However, scientists are investigating whether these species can evolve quickly enough to keep pace with climate change.

Dr. Cortés and his team focused their investigation on Espeletia because it is one of the most diverse and successful plant genera endemic to the páramos. The researchers used the most advanced computer modeling available to predict what the distribution of 28 species of Espeletia will look like in 2050.

After accounting for other factors – such as nature reserves, agriculture and mining, and surrounding forests – the team found that some páramos were particularly vulnerable to climate change and that there are limited opportunities for alpine sunflowers to migrate or adapt.

Further research is needed to investigate the vulnerability of additional species. Regardless, the findings highlight the importance of protecting the páramos.

“We hope that our findings might assist future conservation efforts, such as promoting more sustainable land uses by empowering local communities and developing ecotourism, which are also essential to relieve human impact on tropical-alpine plant diversity in the northern Andes,” said the researchers.

“In the most pessimistic scenario, if Espeletia and Páramos were lost forever, science would lose an underexplored laboratory to study evolution happening at incredible rates — it would be just as if The Galápagos Islands disappeared.”