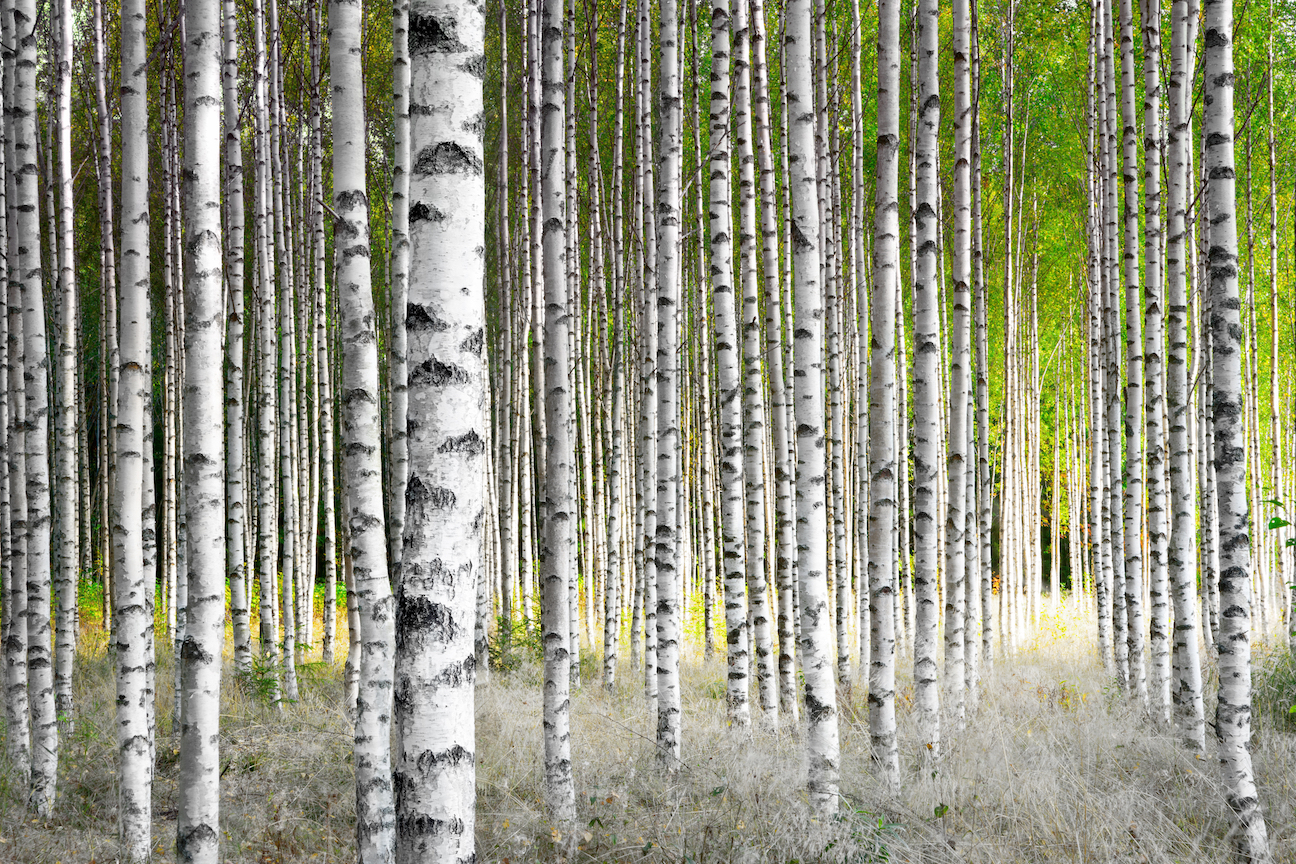 The evolution of birch trees could help develop superior trees

Silver birch trees are native to Europe and parts of Asia. These distinguished trees have white bark and deep roots that access nutrients which improve the soil around them. Birch wood is used to make paper, furniture, and plywood. But now, a new study provides insight that may lead to ways to genetically manipulate birch trees to make them an even bigger economic asset.

The study was led by researchers at the University of Helsinki in Finland along with University at Buffalo biologist Victor Albert. The research was the first of its kind to produce an evolutionary history of birch trees using genome sequences.

The team studied the entire genetic makeup of 80 trees. The samples were obtained from various locations including Germany, Norway, Finland, and Siberia. The scientists were able to identify genetic mutations that influence how well birch trees grow in different geographical regions and in response to other environmental circumstances.

“What makes a birch tree hardy in different environments? A tree in Finland may die if you plant it in Siberia because plants have local adaptations – specific genetic mutations – that help them survive where they are found,” explains researcher Ykä Helariutta. “An understanding of these natural adaptations can facilitate genetic engineering and artificial selection. That’s why our research could be very useful for forest biotechnology.”

“Selective sweeps” are stretches of DNA that identify genetic traits that have been adapted for survival in a particular location. Analyzing these regions of DNA became critical to the study. The research team discovered selective sweeps that impacted important aspects of birch trees such as wood production and tree growth.

“The selective sweeps we identified may be the basis for local adaptation for different populations of birch,” researcher Jarkko Salojärvi says. “Trees in Siberia are under different selective pressure from trees in Finland, so genes are being tweaked in different ways in these two places to allow these plants to better adjust to their environment.”

The results of the study, published in Nature Genetics, may have a major impact on the future of paper and furniture production, along with other industries.