Birds are the descendants of fluffy, feathered dinosaurs • Earth.com 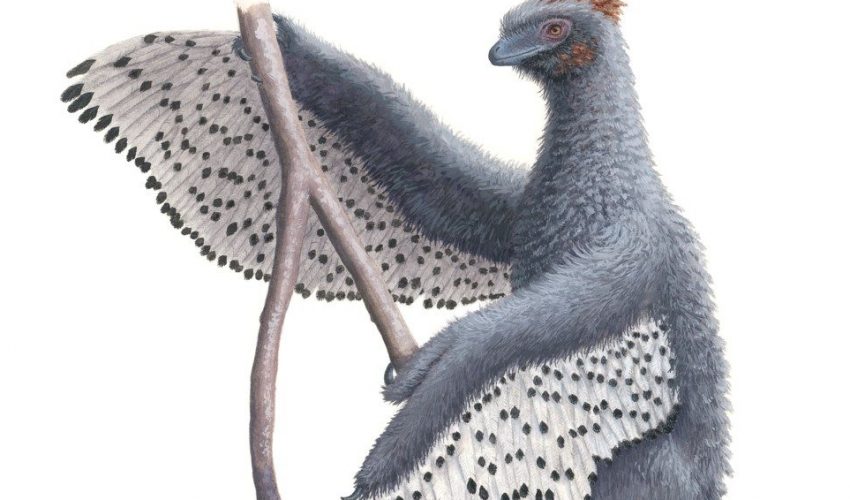 Birds are the descendants of fluffy, feathered dinosaurs

Although dinosaurs have long been extinct, their relatives live on amongst us – many even as pets. That’s because birds are a direct descendant of a group of feathered, carnivorous dinosaurs known as paravians. Now, a new study has discovered previously unknown details about dinosaur feathers, allowing scientists to build possibly the most accurate depiction of any dinosaur species ever.

Researchers from the University of Bristol analyzed an exceptionally preserved fossil of a crow-sized paravian dinosaur known as Anchiornis. At high resolution, the scientists compared fossilized feathers to those of other dinosaurs and extinct bird species. They found that the feathers around the body of Anchiornis – which are known as contour feathers – showed a primitive and now extinct feather form. This form consists of a short quill with long, flexible, independent barbs jutting from the quill at low angles to form two vanes and a forked feather shape.

The researchers believe that these feathers would have given the dinosaur a “fluffy” appearance compared to the streamlined bodies of modern flying birds. While modern birds have tightly-zipped vanes forming continuous surfaces, Anchiornis’s unzipped feathers could have affected the species’ ability to repel water and control its body temperature. Furthermore, the more fluffy plumage would have also increased drag when the Anchiornis glided and would have hindered the feather’s ability to form a lift surface.

It was also observed that Anchiornis had four wings, as did some other paravians. They had long feathers on their legs as well as their arms, and elongated feathers that formed a fringe around their tail. These extra feathers increased surface-area, likely allowing for gliding before powered flight ever evolved.

In order to reconstruct an accurate depiction of this extinct species, the researchers called upon scientific illustrator Rebecca Gelernter to draw the animal as it would’ve appeared while alive. The resulting piece represents a major shift in dinosaur depictions and incorporates previous research as well.

“The novel aspects of the wing and contour feathers, as well as fully-feathered hands and feet, are added to the depiction,” says Evan Saitta of the University of Bristol’s School of Earth Sciences and School of Biological Sciences. “Overall, our study provides some new insight into the appearance of dinosaurs, their behavior and physiology, and the evolution of feathers, birds, and powered flight.”