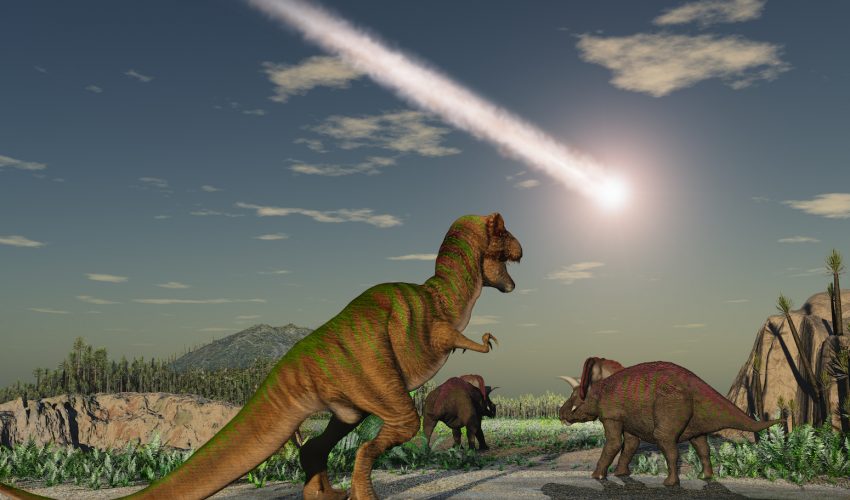 The Chicxulub asteroid, named after the town that lies near to its center, hit Earth 66 million years ago with a force so incredible that it wiped out around 75 percent of the planet’s species, including the dinosaurs. Experts have now determined that if the asteroid had struck nearly anywhere else the dinosaurs would have survived.

The new research has revealed that the area where the gigantic Chicxulub asteroid struck Earth, which is now Mexico’s Yucatan Peninsula, was among the worst possible places it could have made contact with the planet.

The asteroid directly impacted rocks in a shallow sea which are particularly rich in hydrocarbons. The scientists explain that the event would not have been nearly as devastating had the asteroid hit on hard rocks, which cover nearly 87 percent of the Earth’s surface.

Instead, it slammed into the hydrocarbon-rich rocks which released a cloud of soot and dust so vast that it triggered global climate change. The resulting mass extinction ultimately led to the evolution of mammals and the existence of humans.

Geochemist Kunio Kaiho, a professor at Tohoku University, is the study’s senior author.

“The site of asteroid impact, therefore, changed the history of life on Earth,” said Kaiho. “Here we show the probability of significant global cooling, mass extinction, and the subsequent appearance of mammals was quite low after an asteroid impact on the Earth’s surface.”

Dr Kaiho teamed up with senior researcher Naga Oshima of the Meteorological Research Institute to calculate the amount of soot and sulphate that would be released by an asteroid impact depending on the amount of hydrocarbon present on the Earth’s surface. They used a coupled atmosphere–ocean global climate model developed at the Meteorological Research Institute to simulate a virtual asteroid impact.

By testing five quantities of black carbon, the scientists determined that only impact in areas containing high concentration levels would cause a drop in global temperature severe enough to kill off the dinosaurs. In areas with lower concentrations of hydrocarbons, the climate change would not have been severe enough to cause the mass extinction.

“This significant event could have only occurred if the asteroid hit the hydrocarbon-rich areas occupying approximately 13 percent of the Earth’s surface,” said Dr. Kaiho.

“The history of life on Earth could have varied, then, according to impact site, and depended on minute differences in the orbital forcing of asteroids.”