Bird species either have big guts or big brains • Earth.com 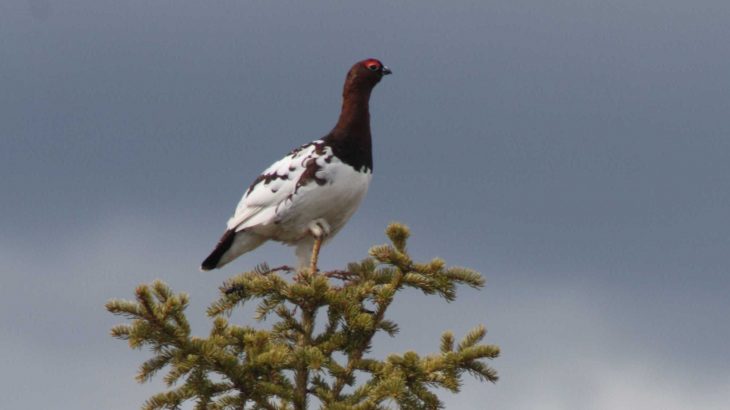 Bird species either have big guts or big brains

A new study comparing 2,062 birds completed by biologists at Washington University shows that birds tend to have larger or smaller brains relative to their body size.

Birds with smaller brains usually have larger bodies and use ecological survival strategies, like eating readily available food and focusing on reproduction, in comparison to large-brained, smaller-bodied birds who adapt quickly to changing environments by using flexible behavioral responses.

This new research is published in Nature Communications.

“The fact is that there are a great many species that do quite well with small brains,” said Trevor Fristoe, formerly a postdoctoral researcher at Washington University, now at the University of Konstanz in Germany. “What’s really interesting is that we don’t see any middle ground here. The resident species with intermediate brain size are almost completely absent from high latitude (colder and more climatically variable) environments. The species that don’t go all in on either of the extreme strategies are forced to migrate to more benign climates during the winter.”

Scientists have hypothesized that animals benefit from having a large brain because they are able to be flexible and appropriately respond to different conditions like temperature swings and fluctuating food availability.

“Having a large brain is typically associated with strong energetic demands and a slower life-history,” said co-author Carlos Botero, assistant professor of biology in Arts & Sciences. “Free from these constraints, species with small brains can exhibit traits and lifestyles that are never seen in larger-brained ones. What we found is that alternative ecological strategies that either increase or decrease investments in brain tissue are equally capable of coping with the challenges of living in high-latitude environments.”

When it comes to relative brain size, prior studies have found trends toward larger relative brain sizes in higher latitudes where environmental conditions are more unstable, thus aligning with the previous brain-size hypothesis.

However, Fristoe and Botero looked at the full distribution of brain sizes across environments, thus allowing them to assess whether different brain sizes are over- or under-represented. They found that at higher latitudes, bird brain size is seemingly bimodal, meaning that birds’ brains are more likely to be relatively large or relatively small compared to their body size.

And small brains may be more beneficial than big brains.

“In our paper, we find that small-brained species in these environments employ strategies that are unachievable with a large brain,” Fristoe said. “First, these species are able to persist by foraging on readily available but difficult to digest resources such as dormant plant buds, the needles of conifers, or even twigs.”

“These foods can be found even during harsh winter conditions, but they are fibrous and require a large gut to digest,” he continued. “Gut tissue, like brain tissue, is energetically demanding, and limited budgets mean that it is challenging to maintain a lot of both.”

“We also found that these species have high reproductive rates, producing many offspring every year,” Fristoe said. “This would allow their populations to recover from high mortality during particularly challenging conditions. Because big-brained species tend to invest more time in raising fewer offspring, this is a strategy that is not available to them.”

“Brains are not evolving in isolation — they are part of a broader suite of adaptations that help organisms be successful in their lives,” Botero said. “Because of trade-offs between different aspects of that total phenotype, we find that two different lineages may respond to selection from environmental oscillations in completely different ways.”

“Given that our own species uses its brain to cope with these changes, it is not really surprising that biologists, ourselves included, have historically exhibited a bias toward thinking about environmental variability as a force that drives the expansion of brain size,” Botero continued. “But the interesting thing that we find here is that when we take a broader view, we realize that other strategies also work — and remarkably, the alternative here involves making a brain actually smaller!”