The rate of a bird’s life can be tracked to its feathers • Earth.com 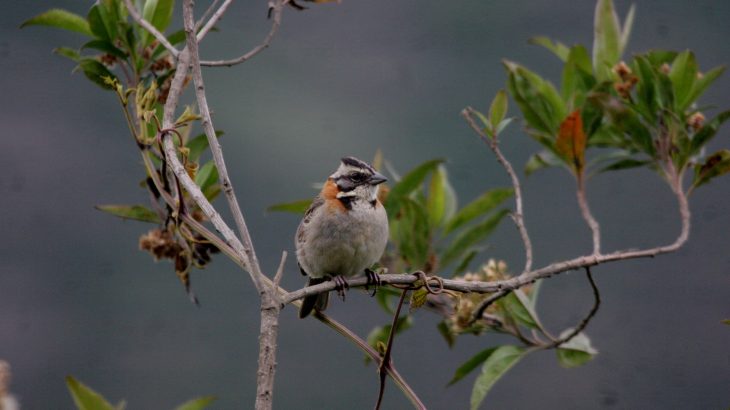 A new study has revealed that birds at more northern latitudes mature faster, start reproducing younger, and live shorter lives. The researchers believe this is likely the birds’ response to higher seasonal variation in resources.

According to the experts, the lives of birds progress at a faster rate the farther away they are from the equator. For the first time, scientists have recognized this pattern in birds’ feathers, with northern birds completing their annual molt faster compared to birds in the tropics.

Study author Ryan Terrill of Louisiana State University examined museum specimens of four bird species with ranges that span across both the Northern and Southern Hemispheres.

Feather growth has slight differences between day and night during a bird’s annual molt, and these conditions are reflected in visible pairs of light-colored bars. Each pair of bars represents 24 hours of growth.

Terrill was able to determine the rates at which individual feathers grew by measuring their spacing. Across all four species, individuals in higher latitudes had grown their feathers faster.

Terrill has two theories to explain this pattern of accelerated growth. First, where the availability of food changes with the seasons, birds may need to molt faster so that they have the necessary resources. Second, birds at higher latitudes tend to be more invested in producing offspring than in extending their own survival. Therefore, the faster production of sub-quality feathers may be an acceptable tradeoff.

“It wasn’t until recently that many people considered that how feathers grow might be important for birds or realized that you could measure feather growth rates on specimens, and I hope this study will publicize yet another way that museum specimens are useful for understanding birds.”

Peter Pyle, who was not involved with this particular study, is an expert on bird molt patterns at The Institute for Bird Populations.

“Most aspects of avian molt, with the exception of feather-replacement sequence, are thought to be rather flexible. The timing, location, and extent of molts appear to respond quickly to environmental constraints, even within populations of the same species occurring at different latitudes, as either permanent or winter residents,” said Pyle.

“Yet molt strategies remain vastly understudied compared to other avian topics such as breeding, migration, and behavioral responses. This paper shows that a fourth component of molt, feather growth rate, also appears to vary, with equatorial populations showing slower molt intensity than those of higher latitudes.”

“The author ties this nicely in to other studies suggesting a decelerated pace of other life history traits in less seasonal environments, perhaps as a function of slower basal metabolic rates.”

The research is published in the journal The Auk: Ornithological Advances.