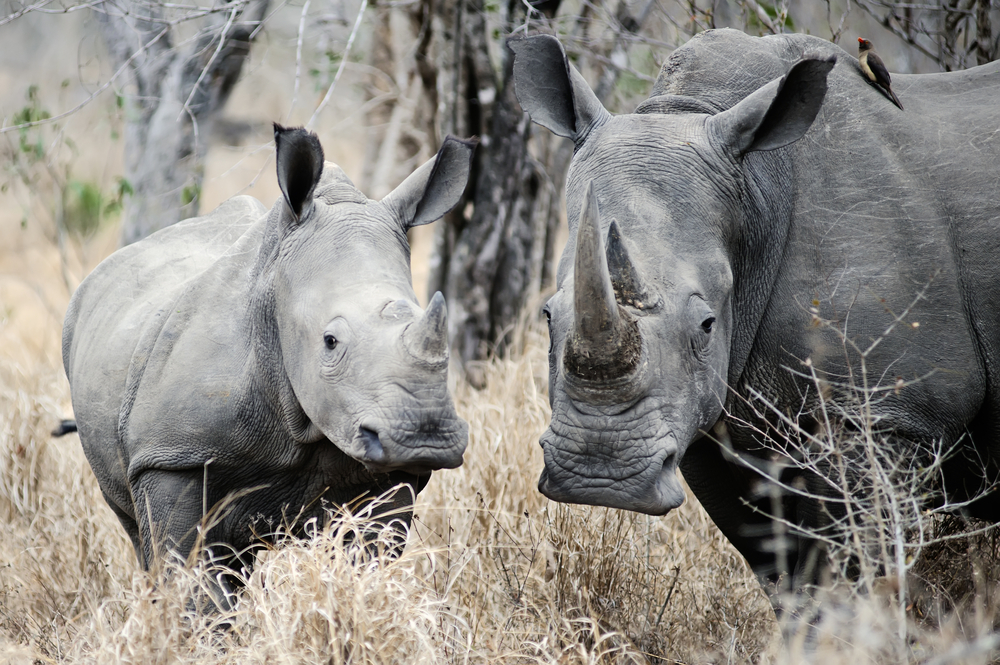 There’s been an explosion in the rate of rhino poaching recently, driving numbers of the beasts down to levels of near-extinction. They’re not hunted for their hides or their meat, like some animals. Black rhinos are hunted for their horns.

Commonly used in Chinese medicine, rhino horns are a hot commodity. People grind the horns into powders that are used for illnesses such as fever and rheumatism. Rhino horns are also popularly used as dagger handles in Yemen.

Lately, their price has soared – they’re currently being sold for $65,000 a kilo. That means that if a hunter poaches a rhino, its two horns (which typically weigh around 6.6 lb.) are worth roughly $191,000.

Higher prices mean more hunting, which has led to a plummeting rhino population. In addition to fewer overall black rhinos, researchers are noticing a narrower range of genes. For instance, 44 out of 64 genetic rhino lineages have disappeared completely.

Researchers like Professor Mike Bruford of Cardiff University say that unless conservation efforts are undertaken, the future is “bleak” for the black rhino. He was shaken by the team’s findings, which were published in Scientific Reports.

“The magnitude of this loss in genetic diversity really did surprise us – we did not expect it to be so profound,” he said. “The decline in the species’ genetic diversity threatens to compromise its potential to adapt in the future as the climate and African landscape changes.”

The team took DNA samples from various rhinos in order to perform DNA profiling and determine genetic diversity among the rhino populations. They hope that in addition to monitoring the dropping numbers, their research will help develop effective strategies for conservation.

“The new genetic data we have collected will allow us to identify populations of priority for conservation,” Bruford said, “giving us a better chance of preventing the species from total extinction.”