How do black widow spiders spin such strong silk? • Earth.com 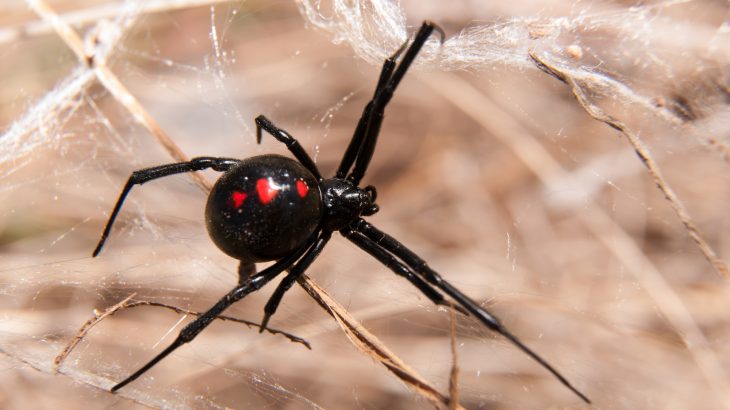 Black widow spiders, native to temperate climates and found all over the world, are known for their steel-strength silk fibers and venomous bite, which is said to be more potent than a rattlesnake’s.

Silk from a black widow spider is reportedly as resilient as kevlar and researchers have been working to unlock the secrets of how this silk is formed before the spider spins it into complex webs.

Now, a new study published in the journal Proceedings of the National Academy of Sciences has revealed the inner workings of the spider’s silk proteins.

Researchers from Northwestern University and San Diego State University conducted a study to examine the amino acids that make up the silk proteins.

Previous studies have theorized that spider silk proteins are held in nano-size spherical micelles, which are clusters of water-soluble and non-soluble molecules. The spider then feeds these micelles through its spinning system.

However, this is where the trail gets cold, and researchers have been unable to replicate this silk process or closely examine the micelles before they are spun into silk to confirm this theory.

“The knowledge gap was literally in the middle,” said Nathan C. Gianneschi, an author of the new study. “What we didn’t understand completely is what goes on at the nanoscale in the silk glands or the spinning duct — the storage, transformation, and transportation process involved in proteins becoming fibers.”

The researchers used two complementary imaging techniques, nuclear magnetic resonance, and electron microscopy to get an inside look at the protein glands of black widow spiders.

Once the researchers were able to examine where the silk fibers originate, it was discovered that the micelles of silk proteins are complex and compound micelles, which is how the spider can weave such strong webs.

“We now know that black widow spider silks are spun from hierarchical nano-assemblies (200 to 500 nanometers in diameter) of proteins stored in the spider’s abdomen, rather than from a random solution of individual proteins or from simple spherical particles,” said Gregory P. Holland, a co-author of the study.

If researchers can successfully duplicate black widow spider silk, there is a wide range of potential implications including making high-performance textiles and building materials.